When Did Camden Yards Open?

Camden Yards (Oriole Park) opened up in 1992 on April 6th and is the official home of the Orioles baseball team. Before playing in their new venue, the Baltimore Orioles would play at Memorial Stadium. Camden Yards was known as the first “retro” stadium and broke away from the traditional cookie-cutter approach of previous venues.

Many parks since Camden Yards have incorporated the surrounding area into their park design. Some include the San Francisco Giants out in Oracle Park, San Diego Padres at Petco Park, Cleveland Indians at Progressive Field, Detroit Tigers at Comerica Park, and Pittsburgh Pirates who play at PNC Park. The beautiful baseball only facility in downtown Baltimore changed the game for future venues with design.

Where is Camden Yards Located? 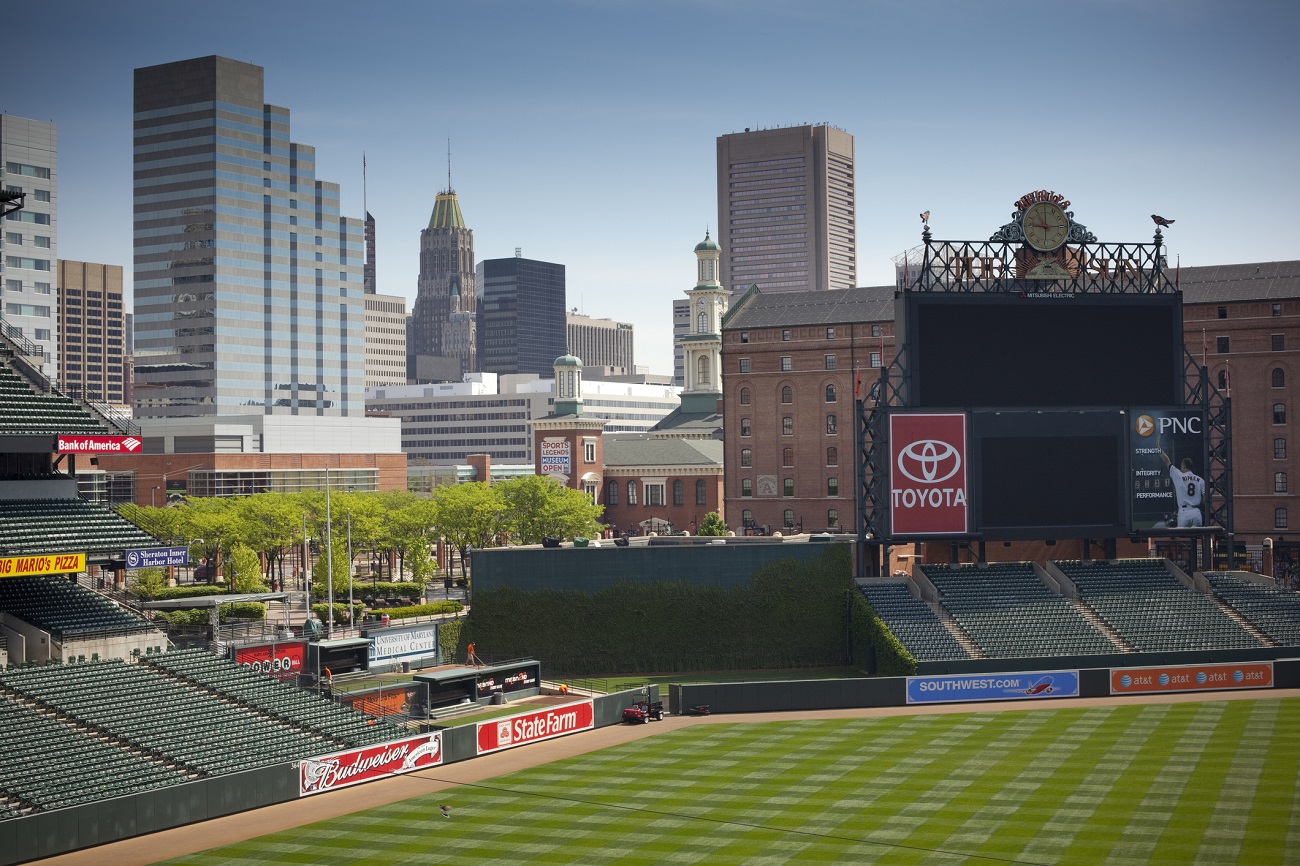 Camden Yards the beautiful is how people describe the venue, but the city has a different reputation. The truth is that Baltimore is like any city where you have good and bad parts, so it depends where you go. Camden Yards is in a great location being in the inner harbor of the city. The park sits next to the Baltimore Ravens football stadium (M&T Bank Stadium), so the location is ideal for sports fans in downtown Baltimore.  Plenty of bars surround the park, so it’s easy to get to via driving. Check out the Orioles parking guide or M&T Bank Stadium Parking links for tips and suggestions.

Fans looking for cheap Baltimore Orioles Tickets can use SeatGeek.

What Time Does Oriole Park Open?

Fans can expect the gates to open two hours before the first pitch of the baseball game. Check out the Camden Yards Food guide before your next visit!

Oriole Park has individual pumping and nursing stations at the club field level of the park. Fans do not need a ticket to enter this area, so that is good to know for people coming to the arena.

What Team Play at Camden Yards?

What are the Dimensions at Camden Yards? 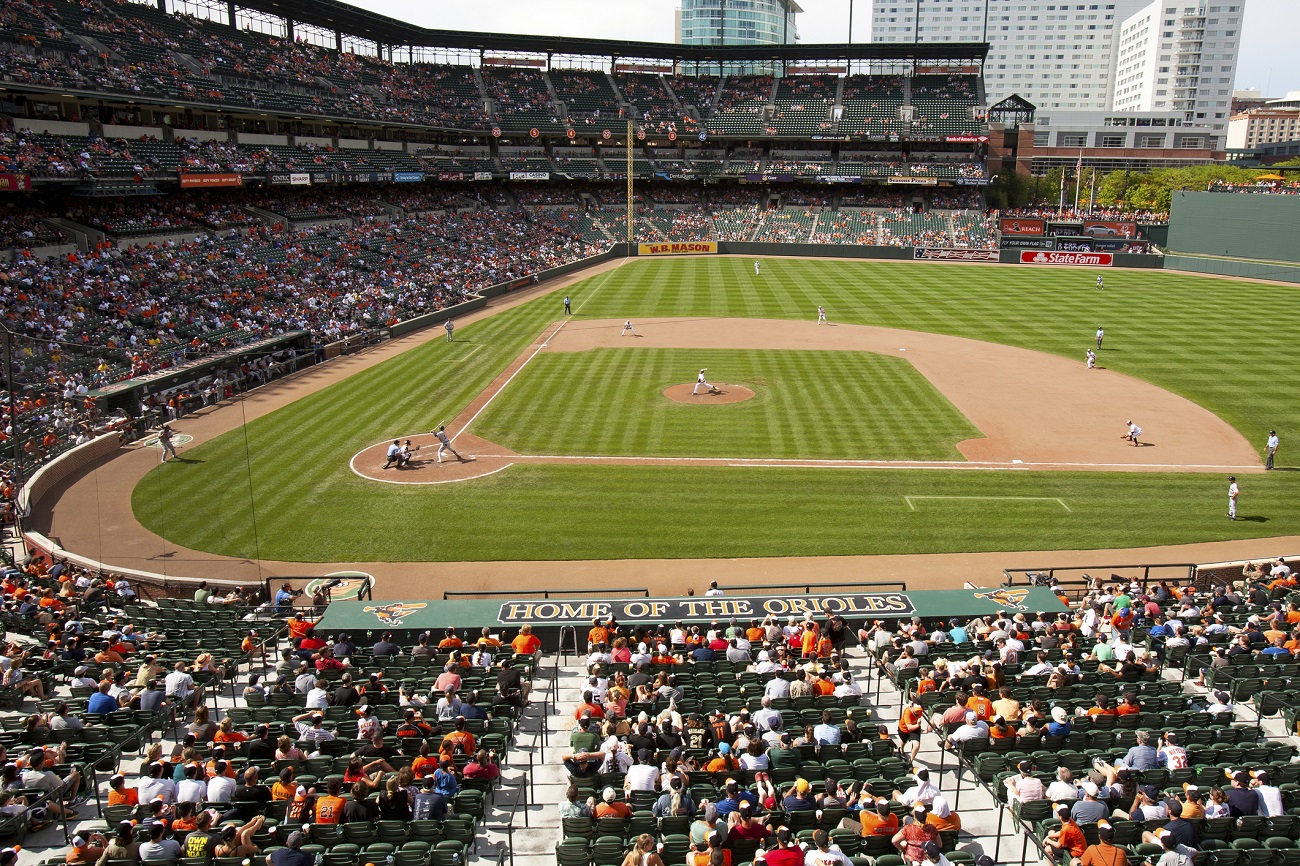 Camden Yards is known as a hitter’s ballpark due to the number of home runs hit during games. The outfield dimensions at the ballpark are 333 feet to left field, 364 to left center, 400 to center field, 373 feet to right center, and 318 to right field. Right field has a slightly larger wall than the rest of the stadium measuring at 21 feet tall.

What is Capacity at Oriole Park?

Oriole Park at Camden Yards has a total capacity size of 45,9715 people. Like many other ballparks, Camden Yards has slightly downsized the number of seats to offer more fan-friendly aspects to the ballpark. Originally, Camden Yards had over 48,000 seats available for purchase on game day.

The next closet ballpark is Citizens Bank Park which is north of Baltimore. The drive is about three hours up from Baltimore. If you head up another thirty minutes, you can get to Citi Field where the Mets play and Yankee Stadium where the New York Yankees play.

Camden Yards ushered in a brand-new era of ballparks in Major League Baseball. Before Camden Yards, baseball had an issue where many of the newer stadiums were cookie cutter ballparks. Camden Yards changed that by having a fresh and modern look and feel. 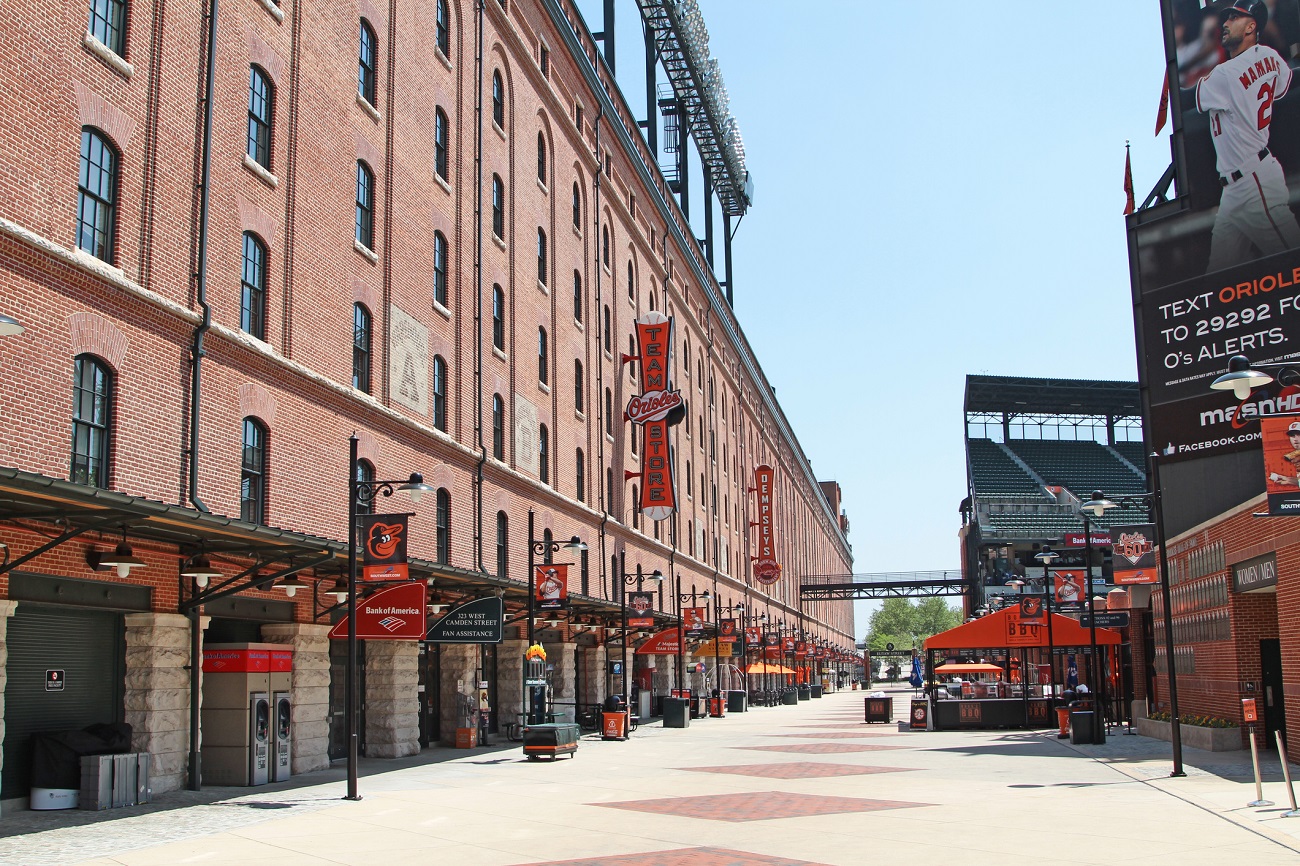 The B&O warehouse in the right-field stands at 439 feet away from home plate and sits on Eutaw Street. This massive warehouse acts as office park for the Orioles along with being a unique aspect of the ballpark. You will find many food vendors, souvenir shops, and places to sit at the game is going on. A fan favorite to check out on your next visit is Boog Powell’s outdoor barbecue stand out on Eutaw Street.

There have been many famous Orioles players over the year, but none bigger than Cal Ripken JR. Cal Ripken JR is most famous for holding the consecutive game record at 2,632 straight games. Lou Gehrig had the previous record for 2,130 games, but Ripken surpassed that number. The Orioles honor other famous players throughout the park including Brooks Robinson, Eddie Murray, Frank Robinson, and more.

A neat feature within Camden Yards is the two orange seats that stand out in a sea of green chairs. The two places are in honor of two significant moments in the franchise’s history. The first orange seat out in right center is Eddie Murray hit his 500th home run. The second orange chair is out in left field where Cal Ripken Jr hit a home run to pass Ernie Banks shortstop home run record.

Check out the Camden Yards Review!