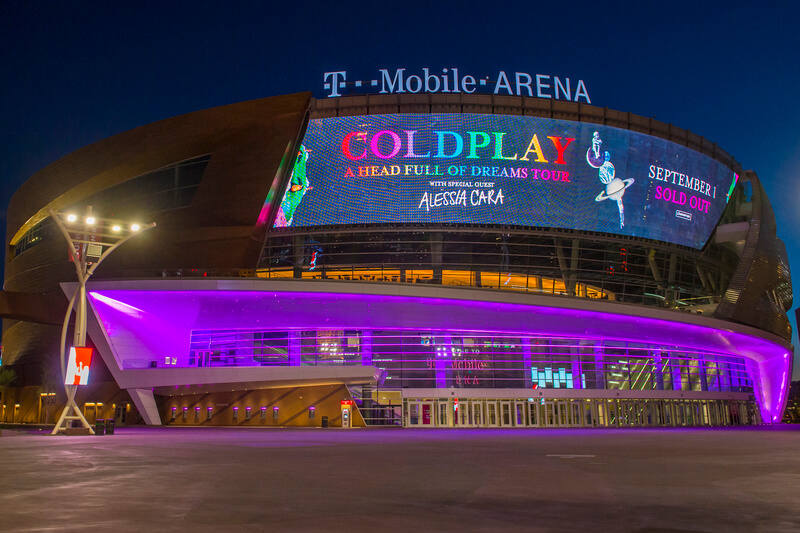 Parking Near T-Mobile Arena for the Vegas Golden Knights

T-Mobile Arena is home to the NHL Vegas Golden Knights at The Park in Vegas, Nevada. The arena’s address sits at 3780 Las Vegas Blvd S, Las Vegas, NV 89158. In addition to hockey games, you will find plenty of concerts and events at the arena year round to enjoy.

How Much is T-Mobile Arena Parking?

If you plan to park in the T-Mobile Arena parking lots, you can expect to pay $25. The Luxor Las Vegas parking lot goes for $10 while the MGM Grand goes for $20 a parking spot. The $25 parking lots include Excalibur, Park MGM, Aria, and New York New York. Parking at ARIA Event Parking Garage, Park MGM Garage, and New York-New York Garage is by pre-payment only. Finally, fans can save money on parking by finding cheap parking near T-Mobile Arena using SpotHero above.

There is ADA parking spaces available in the surrounding parking lots at T-Mobile Arena for fans to for any event. Handicap parking comes on a first-come and first-serve basis, so fans should use SpotHero to reserve a parking space. In addition to parking, fans can use the ADA pick-up and drop-off area at the East Suite Entrance of the venue. Fans must enter from Tropicana Avenue through the New York-New York parking garage to get to the drop-off/ pick up area.

There is no tailgating at the venue’s parking lots, but there are plenty of bars around to check out before a game. Some bars include Javier’s, PBR Rock Bar & Grill, TAP Sports Bar, and Twin Peaks Las Vegas Strip. In addition to those bars, fans also visit Nine Fine Irishmen, Fresco Italiano, Bruxie, Shake Shack, and Chin Chin before and after a game.

Certain hotels offer complimentary shuttle service to and from the arena for any event. The Mandalay Bay and Park MGM Resorts offer shuttles throughout the day and on the weekends to the hockey arena. In addition to hotel shuttles, you can also use the Las Vegas Monorail Service to get to the venue. The monorail runs along the Las Vegas Strip and has several stops for fans to get on and get off. Finally, fans can use Uber and Lyft to get to and form the arena.

The Vegas Golden Knights games are exciting to catch if you are in the area. Expect more fan interest when the Boston Bruins, New York Rangers, Los Angeles King, Tampa Bay Lightning, and Calgary Flames visit. Other exciting games include the Colorado Avalanche, Edmonton Oilers, Chicago Blackhawks, and Florida Panthers.

In addition to hockey games, you will find plenty of concerts and events at the arena year round to enjoy. Some concerts include Sam Smith, George Strait, Andre Rieu, and Michael Bublé. Finally, you can also catch events like professional bull riders, Pac 12 Men’s Basketball, UFC matches, and Fortress Invitational.