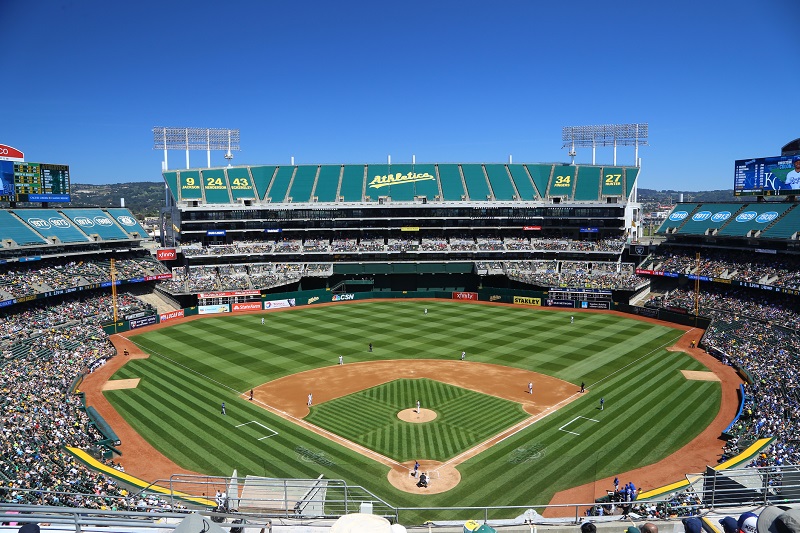 RingCentral Coliseum (previously Oakland-Alameda County Coliseum or Oakland Coliseum) is the home to two professional sports team. The MLB (Major League Baseball) Oakland Athletics and the NFL Oakland Raiders both call this facility home in 2019. The venue sits out on in the bay area on 7000 Coliseum Way, Oakland, CA 94621 in the United States. The ballpark can convert into a field and vice versa on game day, but 2019 will mark the final season for the Raiders in Oakland as they are moving to Las Vegas.

The raiders offers handicap parking options for fans to use for NFL Games. The handicap section is in the first two rows of the parking lots near the Oracle Arena where the Golden State Warriors play basketball. A valid parking pass will be necessary for fans to park in these lots.

Can you Tailgate at the Oakland Arena?

Tailgating is part of the fan experience when coming to a Raiders NFL game. Many different lots open at different times, but tailgating areas open four hours prior to kick off. There are tables, chairs, stoves, ice, was stations, and more available for rent when you arrive at the stadium, so look for that. Finally, the Raiders allow fans to party up to 30 minutes after game time but will then have to leave the parking lots and go to the game.

How Much is RingCentral Coliseum Parking

If you plan to park in the RingCentral Coliseum parking lots, you can expect to pay around $20. Gates open around 2.5 hours on game day, but certain tailgating lots open a bit earlier.

Fans can take the BART to the Coliseum BART station on game day. The station is a five minute walk to the venue, so this is a popular option for bay area residents.  Fans can  use the Amtrak via the Capitol Corridor to get to the stadium as well.

The Oakland Raiders have a passionate group of fans who come and see them each Sunday for home games. Raiders games against the Jacksonville Jaguars, New York Giants, Tennessee Titans, and Cincinnati Bengals all bring in many fans. Games against the Detroit Lions, Kansas City Chiefs, Los Angeles Chargers, and San Francisco 49ers all bring in large crowds too.