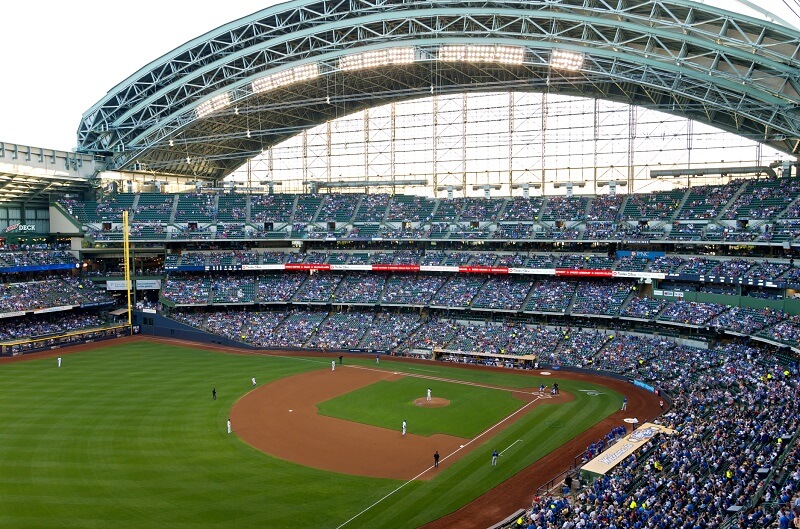 Miller Park is the ballpark home of the Milwaukee Brewers National League baseball team. The Brewer’s location sits at 1 Brewers Way, Milwaukee, WI 53214. In addition to baseball games, Milwaukee is also home to their basketball team out in Fiserv Forum. If you are looking for Fiserv Forum parking, you can check out that link.

How Much is Brewers Parking?

Is there Handicap Parking at Miller Park?

There is handicap and accessible parking at Miller Park’s parking lots. Fans can park directly outside the arena at Brewers Lots 1 and 2 for ADA parking. Fans will need to have a valid parking pass to leave their vehicles in the ADA lot spaces at the venue.

Is there Tailgating at Miller Park Parking Lots?

Tailgating in the parking lots before a Brewers game is common before first pitch. Tailgate lots open three hours before first pitch , so be sure to take advantage of this part. In addition to tailgating, fans can also venture to the bars near the stadium to drink before and after a game. Some bars near the venue include Kelly’s Bleachers, Gene’s Unicorn Pub, and Ice House.

Should I take Public Transportation to the Game?