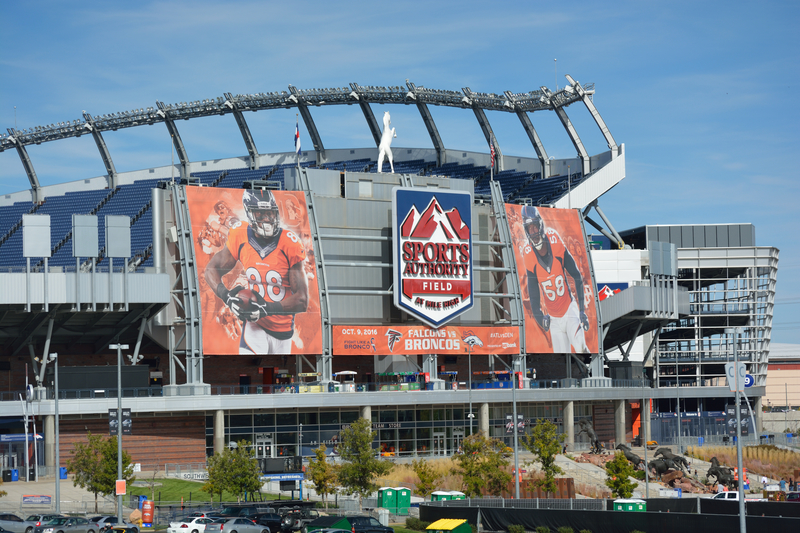 If you are looking for Coors Field Parking, you can check out that link.

There are ADA stadium parking spaces available for all Broncos NFL games. Fans should call 720-258-3000 to request ADA parking permits before the game. Broncos fans will need to show a valid parking pass and state-issued license plate to leave their vehicle in the parking lots. Accessible parking options for games are at a first-come-first-served basis, so its best to arrive early to Denver Broncos football games. Handicap parking for Mile High Stadium does not require having season tickets.

Tailgating is part of the fan experience when coming to a Denver Broncos football games and other sporting events. Tailgating is allowed on all official stadium parking lots for football games and other sporting events. You can’t have open flames during tailgating, but cooking grills and hot coals are acceptable. Lots open up 5 hours before game time, but fans can use lot C which opens even earlier. Lot C opens at 8:00 AM on game day and noon for night games.

How Much is Denver Broncos Parking?

To reserve your parking spot, visit the Bronco’s Stadium SpotHero Parking Page and book a spot with rates up to 50% off drive-up.

If you are driving an RV to the game, you can use parking lots M and N to park.

There are many light-rail public transportation options for Broncos fans to consider to not worry about the parking hassle. Fans can use BroncosRide shuttle which brings fans to and from Sports Authority Field from Downtown Denver. Ticket prices to use the BroncosRide go between $4.50 and $10.00 for a round trip.

Outside of traditional light rail options, the stadium area has over 350 bike racks for fans to use. The Broncos encourage fans to bike to the game and take advantage of their secure and safe bike racks in the stadium. Biking to the game is popular for many residents early in the FL season when the weather is at it’s warmest.

The Denver Broncos draw many fans into their stadium each year for Broncos games. Games against the Arizona Cardinals, Oakland Raiders, Kansas City Chiefs, New England Patriots, and Cleveland Browns always have big crowds. Other home games against the Tennessee Titans, Jacksonville Jaguars, Chicago Bears, Detroit Lions, and Los Angeles Chargers are popular too. Broncos fans looking for cheap and affordable tickets should consider coming to a preseason game since it has less demand than the regular season.