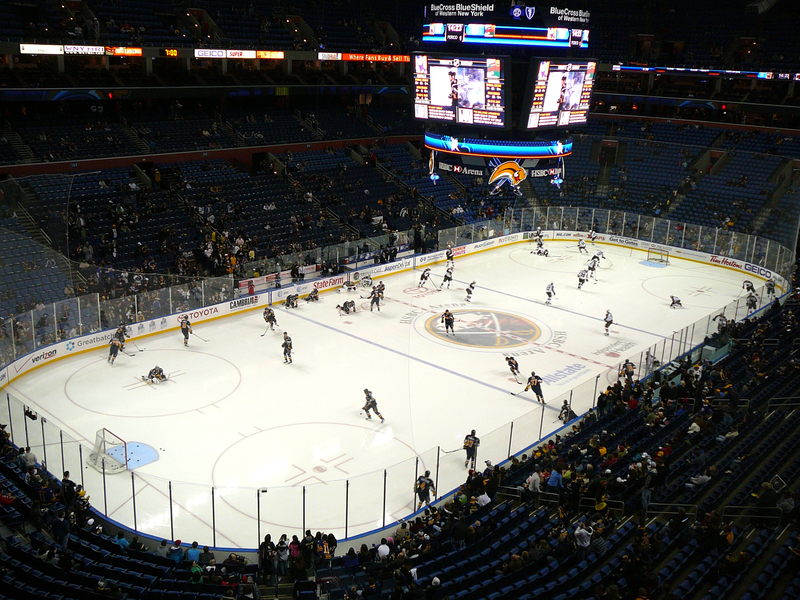 Outside of hosting the Buffalo Sabres hockey team, the venue is also home to the Buffalo Bandits, a professional lacrosse team. Finally, the venue hosts plenty of live music concerts, events, shows, performances, and more all year round for fans to enjoy in the area.

Here are the Keybank Center food and drink menu items. 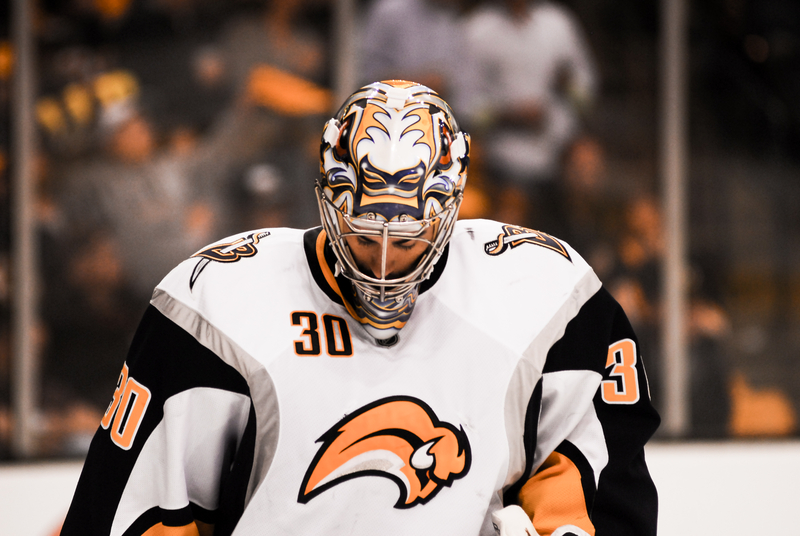 Fans can’t bring outside food or drinks to the venue for any Sabres game or event. However, fans who want to meet up with friends to pregame and drink and eat before a game can go to some nearby bars and restaurants near the venue. Some popular bars and restaurants are the Southern Tier Brewery Buffalo, The Draft Room Buffalo, Cobblestone, and Swannie House.

Also, check out the Keybank Center parking guide to see where to park for a hockey game.

According to the official site of Keybank Center, there is no smoking inside the arena. Read the official statement to ensure the rules don’t change before your next visit. If possible, fans should consider smoking in the parking lots near the venue before heading inside for a game or event.

Popular Matches Against the Buffalo Sabres

Catching a Buffalo Sabres game is always a treat when you are in the western New York area. While every home game is fun, specific matches during the regular season bring more intensity than others. Those matches are when the New York Rangers, New York Islanders, Boston Bruins, Tampa Bay Lightning, Toronto Maple Leafs, and Montreal Canadiens come to town.

The seating capacity for a hockey game at the venue is 19,070. For other special events, like concerts, the venue can hold more fans depending on the performance.