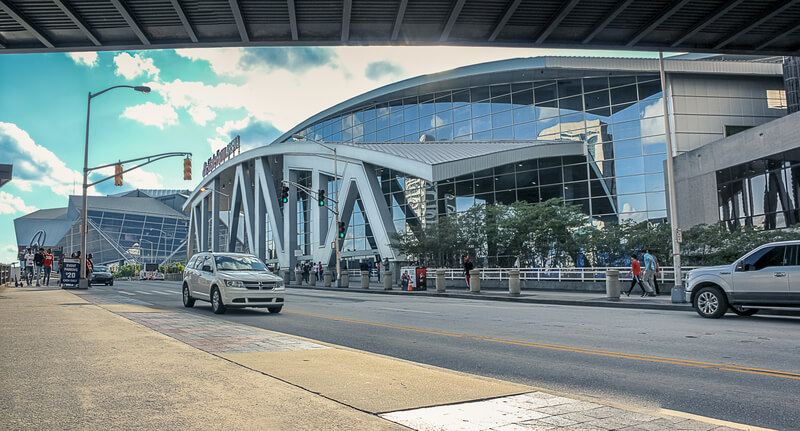 State Farm Arena (formerly Philips Arena) is home to the NBA Atlanta Hawks and the WNBA Atlanta Dreams teams. The arena’s address is at 1 State Farm Dr, Atlanta, GA 30303. In addition to basketball games, you will find plenty of concerts and events at the arena to enjoy. Here are the parking tips for driving to the venue!

How Much is State Farm Arena Parking?

If you plan to park in the State Farm Arena parking lots, you can expect to pay around $30. Most of the unofficial parking lots are a ten minute walk to the basketball arena. Fans can use SpotHero above to find cheap parking near State Farm Arena for any game or event.

ADA parking spots are at Philips Arena Lot, Centennial, and CNN parking decks at the stadium. Fans must present a valid handicap placard and license plate to leave their vehicles in these spaces. ADA parking can fill up quickly for certain events, so use SpotHero above to reserve a space before driving to the arena. Finally, you can direct any questions on where to find ADA parking to the parking attendants working the garages at the venue. 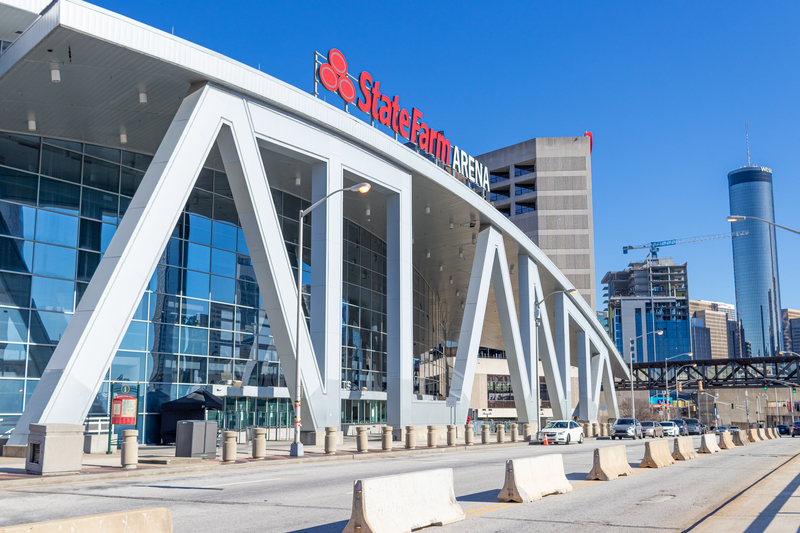 There is no tailgating in the parking lots at State Farm Arena, but you can visit the local bars before or after a game. Some fan favorite bars include Latitudes Bistro and Lounge, SkyLounge, Park Bar, and Legacy Test Kitchen. In addition to those bars, you can also visit Sidebar, Fellaship, AC Lounge, and Bar210.

The best way to get to the arena via public transportation is to use the MARTA. The MARTA (Metropolitan Atlanta Rapid Transit Authority) has blue and green lines that bring fans directly to the venue. In addition to Marta, fans also use Uber and Lyft to get to and from the arena. The official pick-up and drop-off area at the stadium is at Centennial Olympic Park.