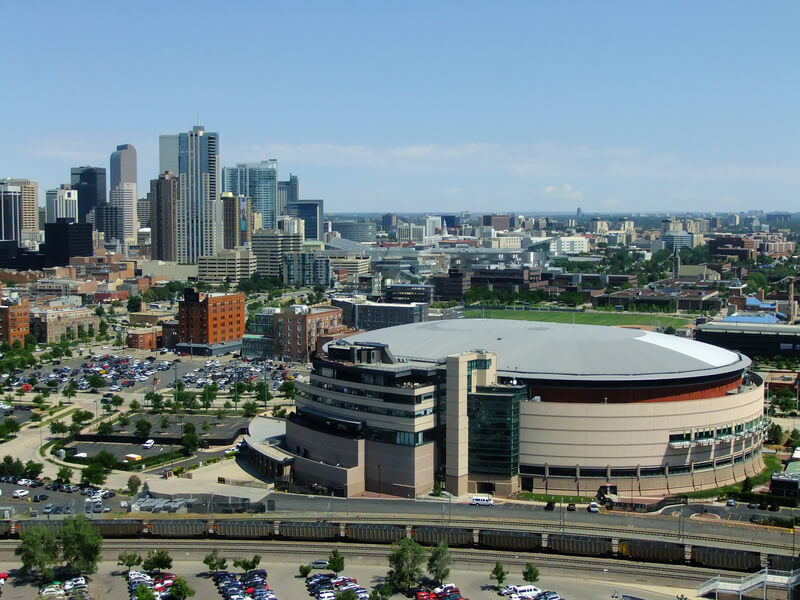 Pepsi Center is home to the Denver Nuggets NBA team and Colorado Avalanche NHL team. The Colorado Mammoth, a professional lacrosse team, also calls this place home. The arena’s address, out in downtown Denver, is at 1000 Chopper Circle, Denver, CO 80204. In addition to sports games at the venue, you will find many concerts and events at this arena year round. Denver is also home to professional football at Mile High Stadium and baseball at Coors Field. If you are looking for Mile High Stadium Parking or Coors Field Parking, you can check out those links.

How Much is Parking at Pepsi Center?

If you plan to park by or in Pepsi Center parking lots, you can expect to pay $20 or more. The official parking options include the Toyota Prius, Toyota Tundra, Elitch’s Lot, Toyota Camry, and Toyota Rav4 at the venue. Fans can use SpotHero above to find cheap parking near the venue for any event! There are about 2,000 additional parking spaces at the Auraria parkway campus near the venue.

There are 99 ADA parking spaces available at the Camry, Rav4, and the Tundra Lots at the venue for fans to use. All vehicles need to display a current state-issue disability placard or license plate for parking. In addition to the placard and license plate, fans will need to present an official ADA parking pass too. Finally, you can address any ADA parking questions to the parking lot attendants at the venue.

Tailgating takes place in the Pepsi Center parking lots before hockey and basketball games. The rules for parking lot tailgating are generous, but you can’t have any open fires in the parking lot spaces. In addition to tailgating in the parking lots, fans can venture into downtown Denver to the bars before and after a game. Some local bars include Brookyns, MCA Cafe and Bar, and Society Sports and Spirits.

There are public transportation options for fans to use when going to the venue for any event. Multiple bus routes bring fans adjacent to the stadium throughout the city too. Fans can also use the Light Rail C Line from Littleton and E Line from the Lincoln Rail Station to get the hockey arena. Finally, fans can use Uber and Lyft to get to and from the venue for any event.

Many events take place at the venue all year round. Some concerts include The Chainsmokers, Cher, Blake Shelton, Harry Styles, Maroon 5, and Quick Brown Fox Jumps over the Lazy Dog. Other big concerts at the venue include Miranda Lambert, Chance the Rapper, Celine Dion, Post Malone, and Twenty One Pilots. Additional events include Disney on Ice Mickey’s Search Party, Trans-Siberian Orchestra, Monster Jam, Oprah Winfrey, and more!