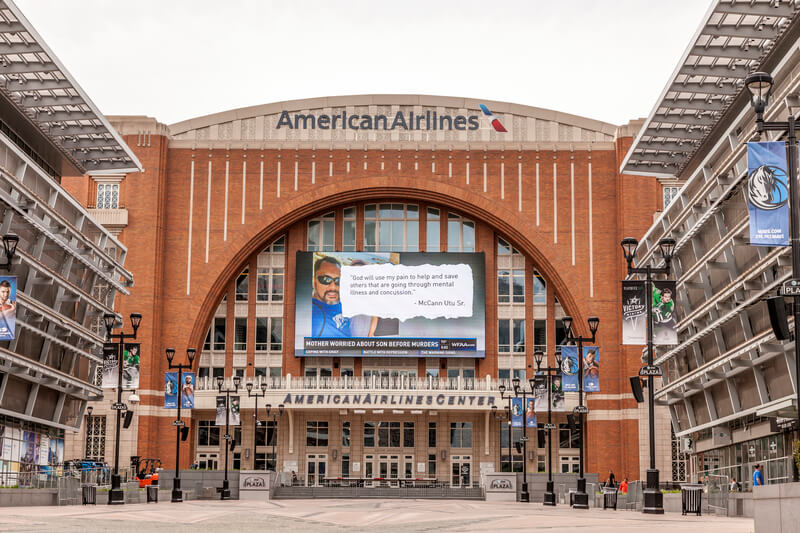 American Airlines Center (AAC) is home to the Dallas Mavericks NBA team and NHL Dallas Stars team in downtown Dallas, Texas. The AAC address sits out on 2500 Victory Ave, Dallas, TX 75219. Here are the parking tips for the stadium.

How Much is American Airlines Center Parking?

Depending on how far you are willing to walk to the venue, you can find great Dallas Mavericks parking rates. If you are looking for $10 parking rates, use 2000 McKinney Ave and 1100 McKinney Ave for parking. Parking lots M, F, E, and K go for $15-20 per parking space, but these lots fill up quickly, so arrive early. Finally, fans can use SpotHero above to find better parking deals for games and events.

Accessible parking spaces are available in Lot F, the Lexus garage, the Blue Lot, and AudiPark for fans to use. Handicap parking options come at a first-come-first-served basis, so plan to arrive early to claim a spot. Finally, fans will need to present a valid parking pass and placard to leave their vehicles in these parking spaces.

Fans can tailgate in the parking lots before a basketball or hockey game. In addition to tailgating, fans can pregame at the local bars near the venue. Some fan-favorite bars near the venue include Jack Daniels Old No. 7 Club, The Dump Lounge, and El Jimador Tequila Bar.

In addition to the Trinity Railway Express, fans can use Uber and Lyft to get to and from the venue. The rideshare pickup areas at the venue are on Olive Street and American Airlines Center. 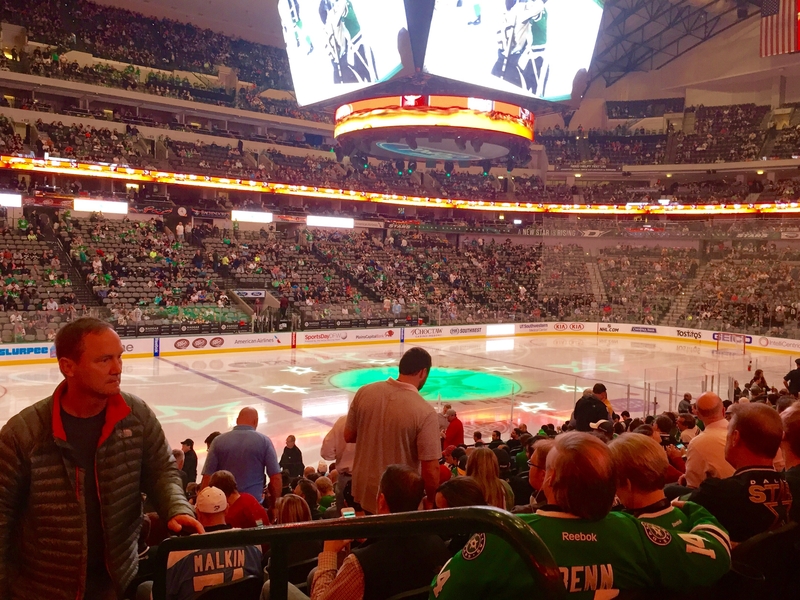 In addition to sports games, American Airlines Center hosts many events. Events include concerts like Chris Brown, The Chainsmokers, Billie Eilish, Phil Collins, and many more. Finally, you can see other concerts including Elton John, Quick Brown Fox Jumps over the Lazy Dog, Carrie Underwood, and The Jonas Brothers at the venue.

The NBA arena sits about 20 miles east of the Cowboys and Rangers stadiums. If you are looking for Cowboys parking or Rangers parking, you can check out those resources.