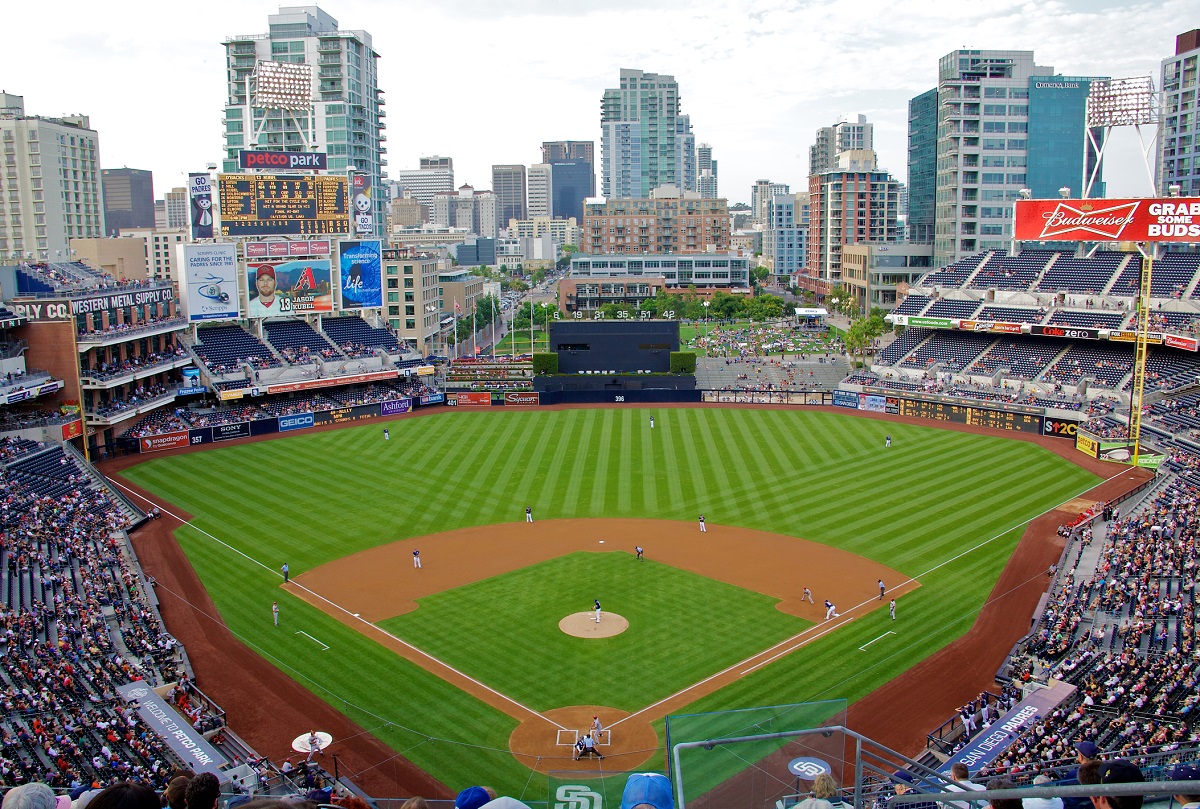 Petco Park is universally known as one of the best ballparks in major league baseball. Fans of the game should try and venture out to the city of San Diego to catch a game. Game tickets are cheaper than most baseball teams because the team has not been great in the past few years.

When Does Petco Park Gates Open?

Petco opening time is 2.5 hours before the first pitch. Fans looking to catch batting practice will have a great time at Petco Park since it opens so early unlike many venues. Check out the Petco Park Food guide before entering the stadium!

Where is Petco Park Located? 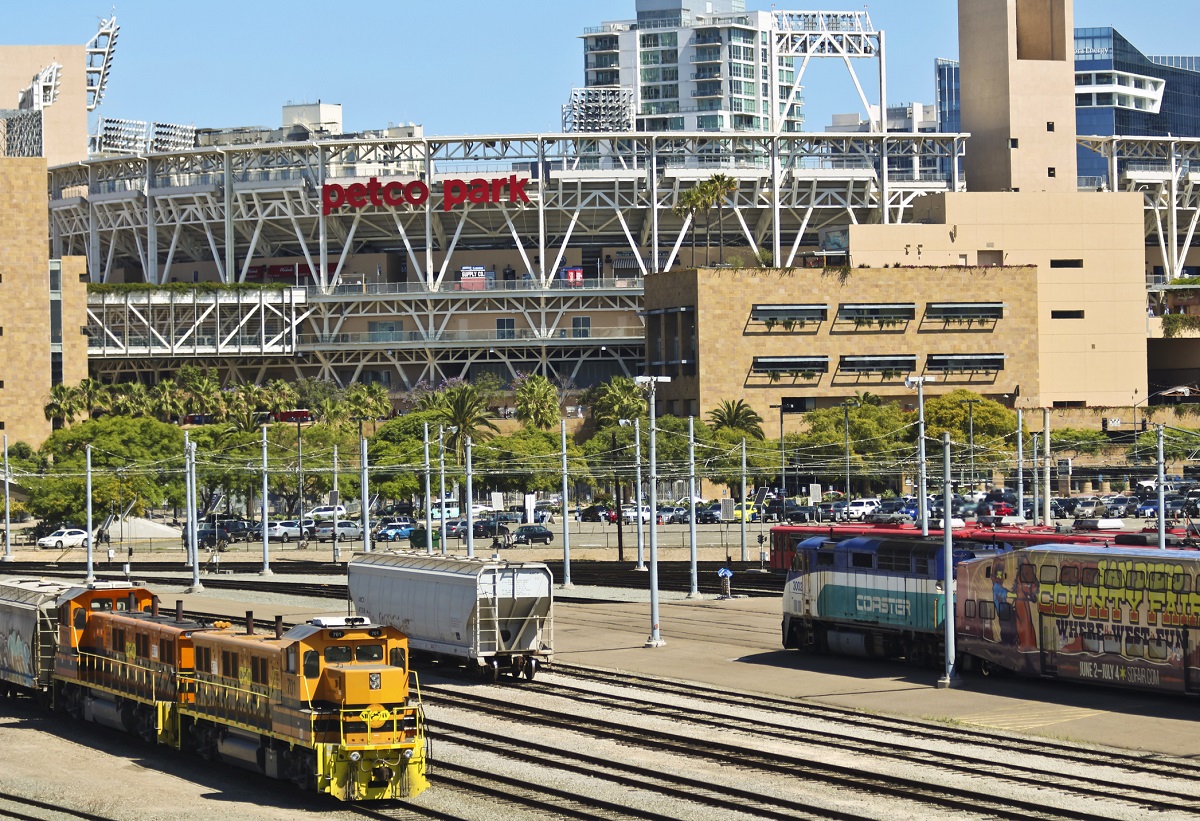 The location of Petco Park is in downtown San Diego, California in the United States. The site is between seventh and 10th avenues, south of J Street. What’s neat about the location is that the San Diego trolley has light rails running alongside the field bringing fans to and from the venue. The area behind home plate has the San Diego Bay out in the distance. Check out the Petco Park Parking guide if you plan to drive to the game.

What Team Plays at Petco Park?

The San Diego Padres play baseball at Petco Park. The Padres are a major league baseball team in the national league. In 1998, the Padres lost the World Series again the New York Yankees. The Padres have never won a World Series since their first season in 1969.

What are the Dimensions at Petco Park? 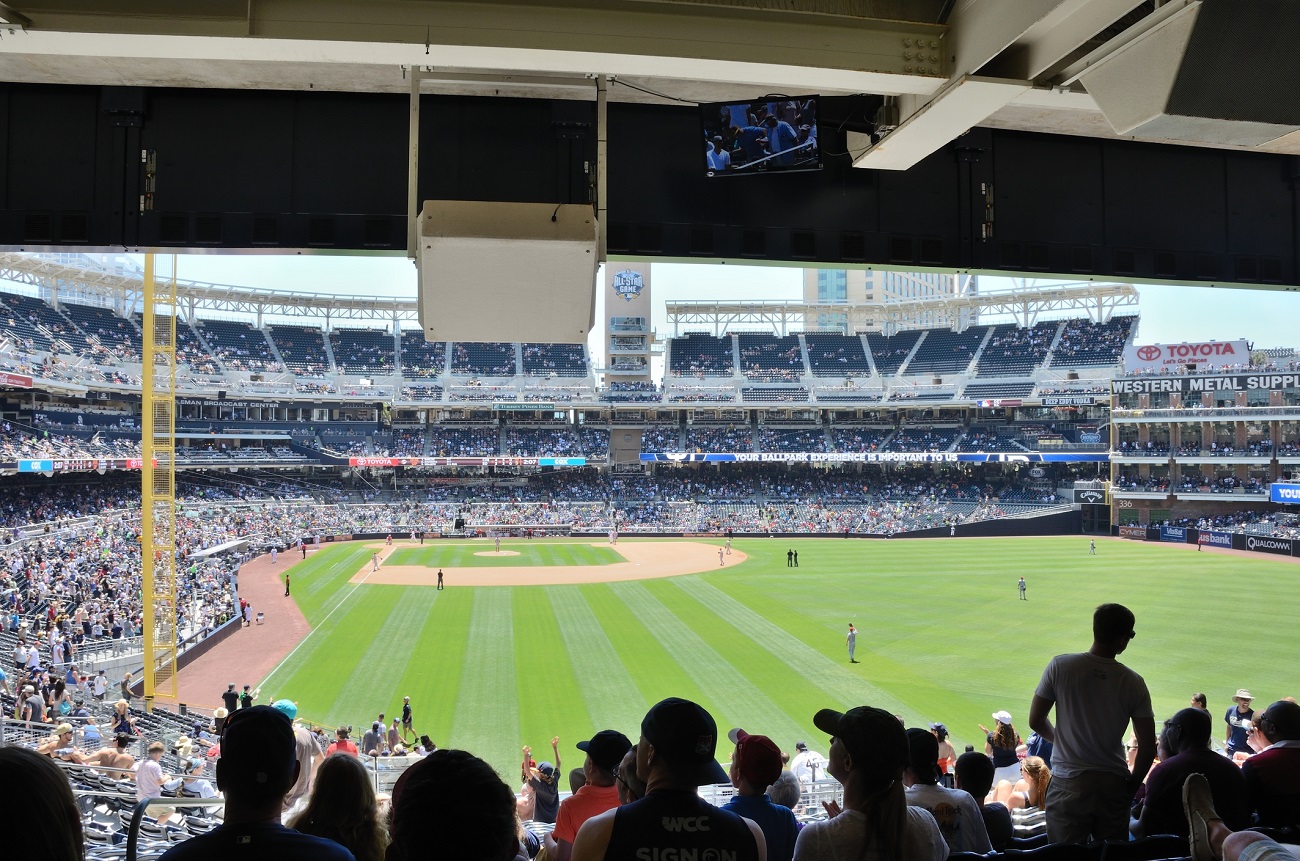 Petco Park is known as a pitchers ballpark due to it’s distance from home plate to the outfield fences. From left to right the dimensions are as followed. 336 feet in left field, 386 in left center, 396 in center field, 391 in right center, and 322 in right field.

In 2016, Petco Park hosted the All-Star Game and Home Run Derby. In 2017, The World Baseball Classic had games played at the ballpark due to the weather being favorable in March. There have been rugby events at the ballpark, tennis matches, motorsports including Monster Jam, Golf, Basketball, and Football games.

Petco Park has also had many musicians play there since the opening in 2004. Some of the most notable musicians include The Rolling Stones, Fall out Boy, Madonna, Avicii, Paul McCartney, Aerosmith, Taylor Swift, Metallica, The Eagles, and more. There was filming of an episode of The Next Iron Chef at the ballpark too.