2019 has been a very successful year for me on my quest to visit every park in baseball. In 2019, I’ve been to two games at Fenway Park and two games at Tropicana Field. In June, I was able to check off two new places out in Cleveland and Detroit. Later in June, I’ll be at the New Yankee Stadium along with Rogers Centre in September. Here is my experience of my trip to Ohio and Michigan.

I was so nervous, flying on June 5th, 2019, due to the weather. The weather was stormy during the day, so I was unsure if the game would happen. When my plane got to Cleveland, I got out of the airport to be in heavy rain around 2:00 PM, so I could only hope things would clear up at 7. When I got to my hotel around 2:45, I took a quick two-hour nap before heading to the stadium. The gates normally open 90 minutes early, but this night had a promotion, so two hours was the rule.

First Impressions of the Indians Home 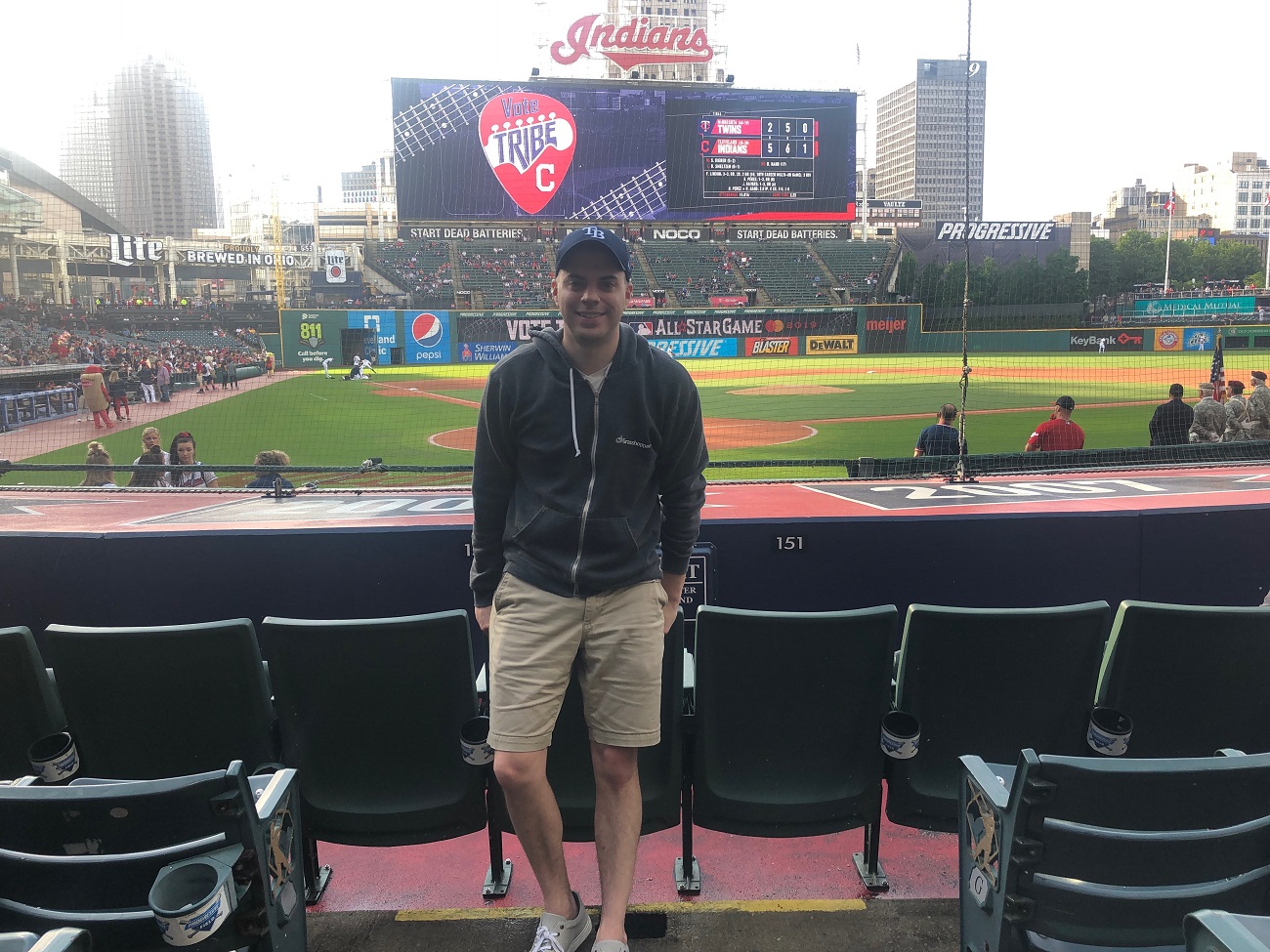 Wow is how I describe the Indians Stadium. Here is my review of Progressive Field if you want all the details, but I’ll summarize it here. I think the Indians play in an incredible ballpark. The stadium has fantastic standing room sections, the ushers are friendly, and the amount of fan-friendly parts are incredible. The Progressive Field Food was something I had to write about because it was that good.  I can’t believe how much I enjoyed the Indians Stadium, so I recommend fans checking this place out if they like baseball. 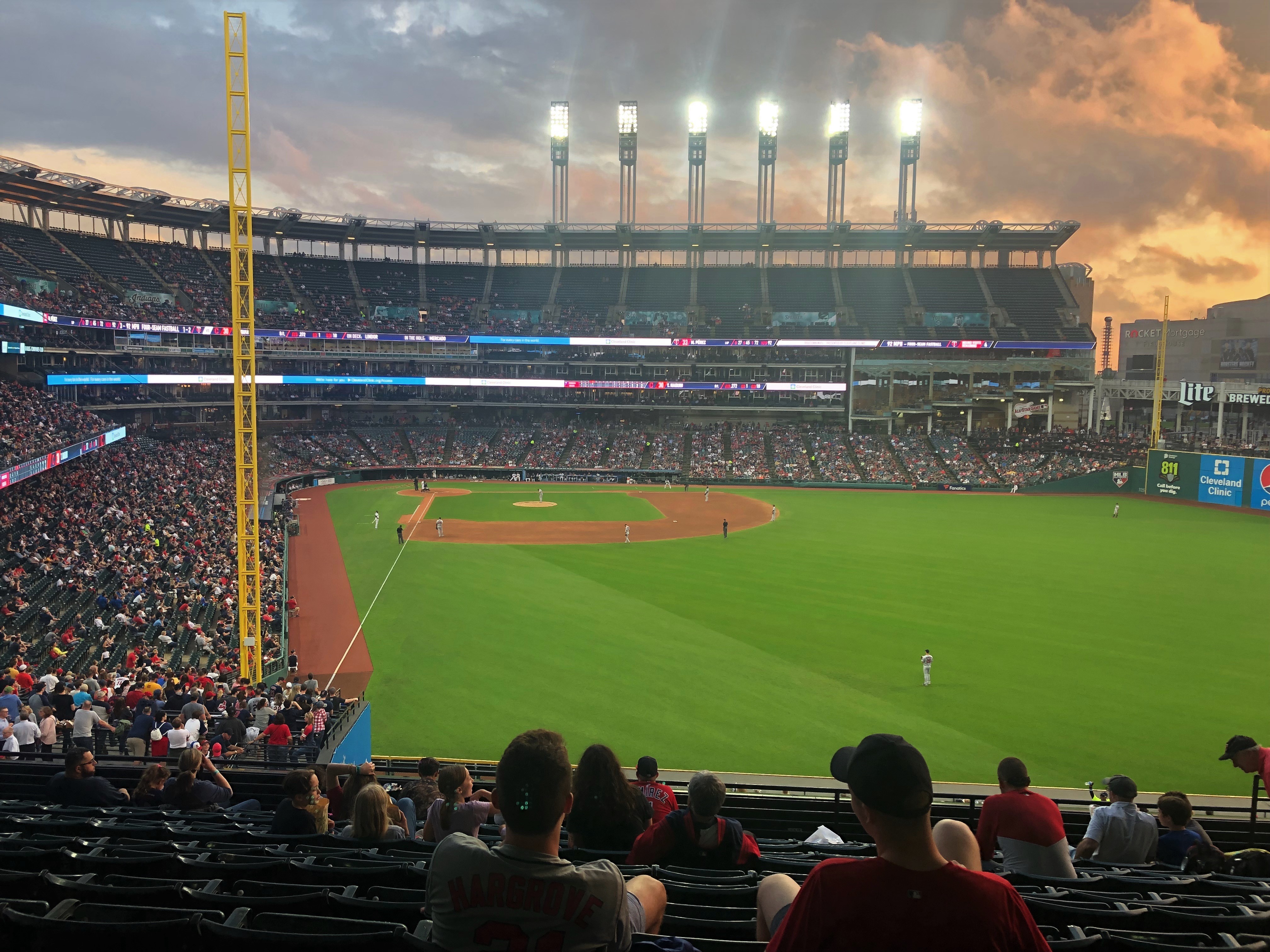 I left the game in the sixth inning to meet up with two friends downtown. My visit to Cleveland would only be for one day, so I had to make the most of my trip. We went to a downtown bar near my hotel, so it was great catching up with my friends. Once I got to the bar, the rain began to fall hard, which resulted in a rain delay for the Indians, so I made the right choice.

I got back to my hotel a bit after 11:30 PM and ultimately went to bed an hour later. Before I went to bed, I began editing my video vlog along with writing my notes of the stadium. I write notes into my phone, so I can reference my thoughts as I write my blogs.

My alarm went off around 6:15 AM, and I made my way down to breakfast at the hotel. The bus would leave Cleveland a bit before 8, but boarding was about twenty minutes before that. I felt perfect and ready for Detroit, so I was not tired or anything. The three-hour bus ride to Detroit was excellent as I was able to sleep for an hour, so I felt good as we were approaching the city.

I’ve seen enough documentaries and movies about Detroit, so I had a feeling about what I would see. I’ll admit that the areas outside of Detroit did not look good on my bus ride, but the city itself seemed fine. My only thought that stood out from my mile walk from the bus to the stadium was how empty the city was. I live out in Boston, so I’m used to people, bikes, buses, and cars going by me all the time. Detroit was remarkably empty, but maybe it was because it was noon on a Thursday.

First Impressions of the Tigers Home 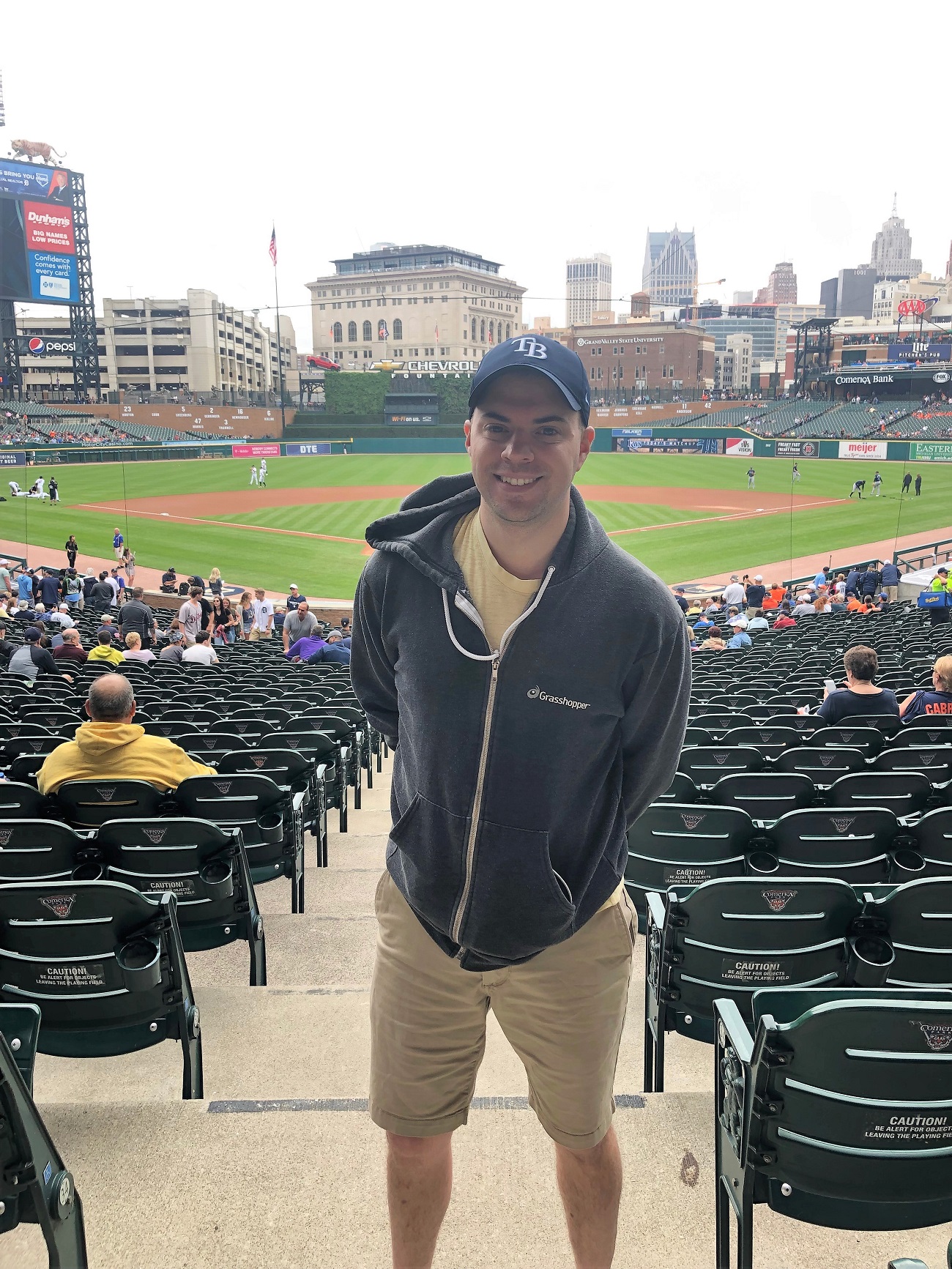 My expectations were too high for Comerica Park, but I went from excitement to disappointment over the few hours I was at the park. If you want to read my review of Comerica Park, you will see what my issues are. In summary, I felt that the stadium was lacking in the food and park department in my review. Sure, I was able to get close to the field and the bullpens, but my experience began falling apart with the lack of food variety.

There were odd elements to the stadium like the Ferris Wheel and Merry-Go-Round that took me out of the feeling of being at an MLB park. I think those elements are suitable for a minor league team but just felt off for the MLB. I also felt like the atmosphere was lacking, but maybe that was due to the day game on a Thursday. Below is my vlog of Comerica Park.

Leaving Early to Catch My Flight

The Tigers don’t allow backpacks into the stadium, so I left my bag at the nearest hotel. Since boarding was at six, I left the stadium around 3:15, went to the hotel and took a forty minute uber to the airport. After getting through TSA, I got the notification that my flight was going to take off two and a half hours later. Having my flight delayed was not an issue as I spent my time working on my video edit of the Indians and Tigers.

This trip to Cleveland and Detroit was perfect for me. The game took place in Cleveland, which was terrific, and I was able to see my two friends that night. Taking the bus to Detroit was cheap and ultimately comfortable. I got to rest on the bus and was able to see more of the country than I usually do.