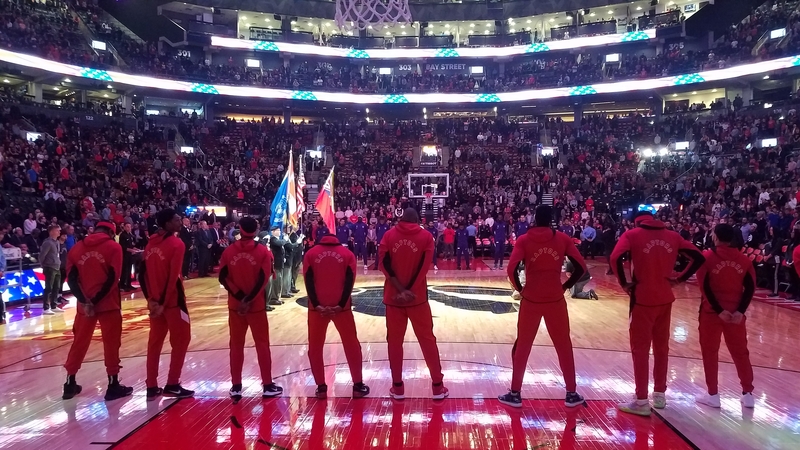 Little Known Fact about Canadians and The Origin of Basketball

You may know that James Naismith invented basketball in Springfield, Massachusetts, but did you know he was Canadian? Basketball was developed during the winter in 1891, and the sport quickly grew in popularity over the years. Fast forward to 1946, and you had the first NBA game ever, and it took place in Canada. The New York Knicks beat the Toronto Huskies at Toronto’s Maple Leaf Garden for the first official game. Springfield is home to the Basketball Hall of Fame, and celebrates the history of the sport stating back in 1891.

Why Does the NBA Have a Team in Canada?

Why is there a Canadian team in Toronto when the rest of the league is in the U.S? Other similar questions are, why did the NBA expand into Canada in the first place? The answer to these two questions pertains to the NBA looking to expand the game internationally, so Canada made the most sense to add an expansion team in 1995.

When Did the Raptors Join the NBA?

The expansion of the NBA league in 1995 had the Vancouver Grizzlies and Toronto Raptors both enter the league as new NBA teams. While the Vancouver Grizzlies eventually left for Memphis, Tennessee, the Raptors continue to play in Canada as of 2020. The city of Toronto in Ontario is also the largest in Canada, so establishing a strong presence in the biggest city was critical for the NBA.

Why Is Toronto’s Basketball Team Called the Raptors? 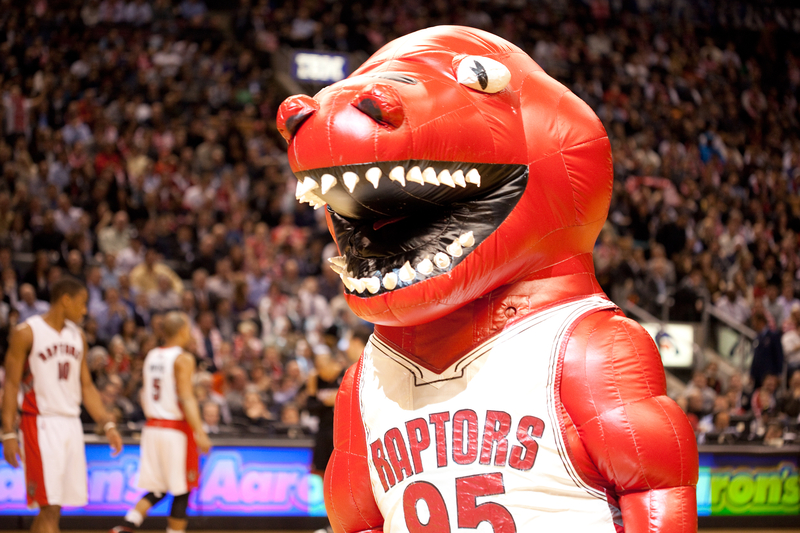 In 1993, John Bitove and Isiah Thomas helped form the application to get a basketball team into Canada. After getting a team by the NBA a year later, the ownership gave fans the chance to vote on a name. The team’s logo was inspired by the film, coming off the smash box office success of Steven Spielberg’s Jurassic Park. The mascot also wears the number “95” to represent the first year of the franchise in Toronto.

Why Did the Grizzlies Leave Vancouver Anyway?

The Vancouver Grizzlies left Vancouver in 2001, so the Raptors were the only NBA team left in Canada. The Grizzlies left for a few reasons, including the lack of talent on the team, poor attendance, and lack of merchandise sales. With the departure of the Grizzlies, the Raptors took advantage of the opportunity to be the only NBA team in Canada. Through spending money, having good NBA draft pick selections, making big splashes with free agents, having great head coaches, and working with the community, they established a robust basketball presence in Canada.

How are the Toronto Raptors part of the NBA?

After entering the league in 1995, the Toronto Raptors continue to be a member of the Eastern Conference Atlantic Division. With a total of 30 NBA teams, with 29 being in the United States, Toronto makes up an even amount of teams in each division. Within the Eastern Conference Atlantic Division, you have the Boston Celtics, Philadelphia 76ers, Brooklyn Nets, and New York Knicks.

Does Toronto Have Any Other Professional U.S Teams Today?

In addition to the NBA in 2020, Toronto is also home to professional hockey and professional baseball. The hockey team is the Toronto Maple Leafs, who play in the same arena as the Raptors. Just down the street a bit from the hockey/basketball arena, you arrive at Rogers Centre, which is home to the baseball team. The baseball team, Toronto Blue Jays, had the last pro championship win for the city until 2019, which the Raptors won. If you are looking for Rogers Centre parking, you can visit that link.

Why is it Called Jurassic Park in Toronto?

During the 2004 NBA playoffs at home in Toronto, the fanbase gave the nickname of “Jurassic Park” to Maple Leaf Square, where the team has basketball games. Maple Leaf Square allows fans to conjugate outside the arena, Scotiabank Arena, to root on the team for games.

Even during away games, many fans would show up to the outside of the park to cheer on the Raptors. As you can imagine, you will find many loyal fans cheering, booing, and making the experience of watching the Raptors enjoyable if you are unable to score a ticket inside the arena.

What the Raptors Being in the Playoffs in 2019 Mean to Toronto?

Toronto went a long time without any championship, until 2019. The last tournament Toronto won was in 1993, which was the year the Toronto Blue Jays won the World Series. The NHL team, Toronto Maple Leafs, has not won a playoff game in fourteen seasons. The Maple Leafs last Stanley Cup win came in 1967, which was when the league only had six teams.

Who Were Some Famous Players of the Raptors?

Since joining the league in 1995, The Toronto Raptors have had many famous players play for their team. Some of the most famous NBA players include DeMar DeRozan, Jose Calderon, Alvin Williams, Andrew Bargnani, and Doug Christie. Other prominent NBA players include Antonio Davis, Damon Stoudamire, Kawhi Leonard, Kyle Lowry, Chris Bosh, and finally, Vince Carter.

Vince Carter may be the most known for casual sports fans for his impressive dunks. Most notably, Vince Carter put on a memorable show at the 2000 Olympics, which put the Raptors on the world stage. In addition to the All-Star games, Vince Carter also owns the most points scored “51” during a regular-season game and won rookie of the month twice during his career.

Drake and the Cultural Importance

You will find Drake at Raptors games, just like how you’ll spot Spike Lee at New York Knicks basketball games at Madison Square Garden. Drake is a big NBA fan, and his cultural importance to the rap community is legendary. Having such a prominent artist sitting in the front row at games helps elevate the Raptors from a local and internal level. For most big games, you will find Drake sitting right on the floor, cheering on his team.

Will Another Team Join the NBA in Canada?

As of 2020, the Toronto Raptors are the only NBA team in Canada. At this time, there are no discussions about adding another group into the NBA. If any new discussions come up about expansion, Canada is undoubtedly on the table. For example, seven NHL teams are in Canada, so getting another basketball team won’t be out of the question.

Why Aren’t There Any Canadian Teams in the NFL?

The CFL (Canadian Football League) is also popular in Canada, so the NFL trying to break into this market will be difficult. In addition to breaking into the CFL, Canada is a hockey town. Now adding the NFL to this mix with a popular baseball and basketball team may be difficult. Fans living in Toronto typically root for the Buffalo Bills NFL team due to how close Buffalo is to Toronto.

Conclusion on Why Toronto is Part of the NBA

Canada has strong ties to basketball, which may surprise many who assume the country only cares about hockey. Having a Canadian invent the game, and having the first NBA game in Canada makes sense for the NBA to be in Canada. Being a first time NBA champion in 2019 also helps solidify the cultural importance of the Canadian team too. By expanding the NBA footprint to more big markets, basketball will continue to grow in popularity and demand.

The Raptors should be in plenty of post-season games in the upcoming season after winning it all in 2019. You can check out the Scotiabank Arena parking tips if you are looking to drive to the arena. Within this tips section, you will see where to park, how much parking garages cost, and more.

What Does a Free Throw in Basketball?

Why Do NFL Players Tape their Arms?

Why is MetLife Stadium in New Jersey?