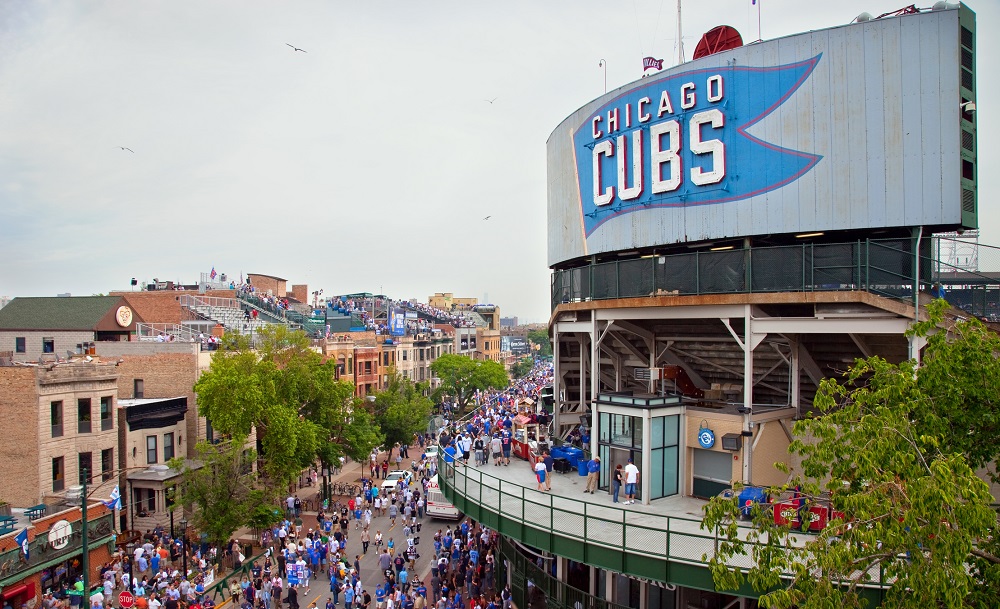 Wrigley Field is the second oldest baseball stadium (behind Boston Red Sox’ Fenway Park) in the MLB as of 2020. The Major League ballpark (out in the North Side of Chicago, Illinois) is known for the ivory walls, windy playing conditions, and manual scoreboards. Finally, Wrigley is also known for the fans packing Wrigleyville to see the Chicago Cubs play. Many people wonder why it is called Wrigley Field, but first, we need to explore a bit of the venue’s history.

How Did Wrigley Field Get Its Name?

In 1914, Weeghman Park was named after the Cubs owner, Charles Weeghman. The Chewing Company, Wrigley Company, acquired the Cubs a few years later in 1920 and changed the name to Cubs Park. In 1927, the name became Wrigley Field to promote the chewing gum company, Wrigley. 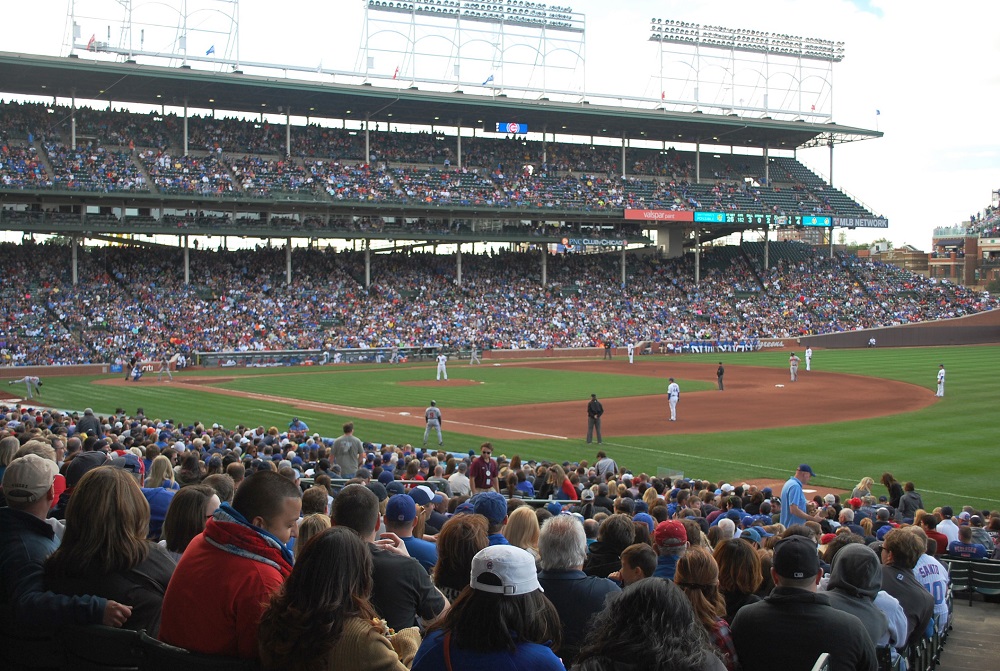 The primary architect who built the Cubs ballpark was Zachary Taylor Davis. The original 1900’s design did not have an upper deck, so everything was on the lower level. The upper deck became part of the ballpark in 1927 due to high-demand in tickets.

When Did the ivy Become Part of the Friendly Confines?

Initially, Wrigley Field did not have ivy out in the outfield walls until 1937. After many renovations to the bleachers in the outfield, ivy was planted. The vine would also act as somewhat of a cushion when outfield players would crash into the brick wall. Bill Veeck Jr, who was the owner’s son, planted the ivy.

The Chicago Bears NFL team had their home games at Wrigley Field from 1921 to 1970. To make the venue feel more like football, the Bears brought in bleachers that sat in the center field and right field at the site. The playing field was not great since it was a multi-purpose field, so the NFL left for Soldier Field. If you are looking for Soldier Field parking, you can visit that link.

Rules Around the Ivy Brick Wall

Wrigley Field is the only MLB venue with ivy along their outfield walls. When baseballs get lost in the vine, a player raises his arms, which means an automatic ground-rule double. In addition to ivy walls, the Cubs have a basket that overhangs the field form the bleachers. The basket reduces fans from interfering with baseballs but causes ground-rule doubles when the ball bounces into them from the ground.

In 1932, Babe Ruth of the New York Yankees made his famous “called shot” during game 3 of the 1932 World Series. During his at-bat, Babe Ruth signaled out to Center Field from home plate and then hit a home run over there. There’s debate if Babe Ruth was pointing to center field, but none the less, his moment is part of the venue’s history.

The First Night Game at the Major League Baseball Ballpark 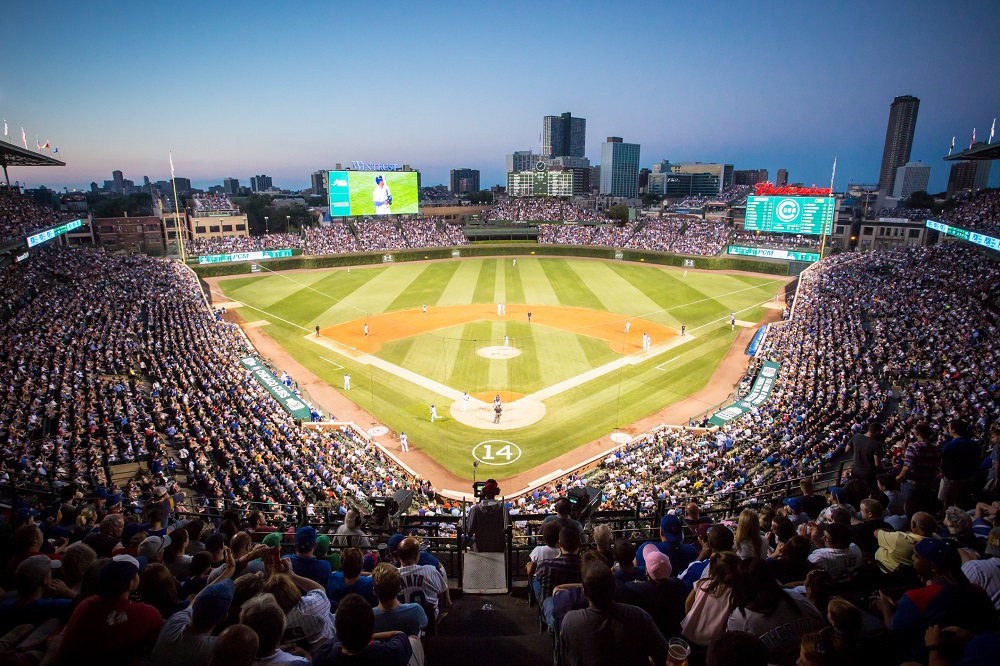 The first time a night game took place at the Cub’s venue was in 1988. It’s hard to imagine, but there were no night games at the site before then. Major League Baseball let the Cubs know that postseason baseball would be in St. Louis if they did not get lights in their venue, which made the team install lights. The first night game was supposed to take place on August 8th, but that game got rained out. August 9th, 1988, was the first official night game at the venue.

Wrigleyville and the Rooftop Seats

The Major League Baseball ballpark sits between W Waveland Avenue, Addison Street, and Clark Street in Chicago. The left-field bleacher seats sit along Waveland Avenue while the right-field bleacher’s chairs sit along Sheffield Avenue. Between both avenues, you will find plenty of fans sitting on the roofs to watch the ball game. There is controversy with these seats as the Cubs now have video scorecards that block some of these seats. Changing the look and feel of the venue upsets fans, so the Cubs have exclusive deals with those rooftop seats to keep them in business. The Cubs take a portion of all ticket sales that take place in those seats on the roof.

If you are a Cubs fan or a die-hard baseball fan, you will appreciate Wrigley Field, and it’s history. From famous players like Ernie Banks, Sammy Sosa, Billie Williams playing in the venue, to the grandstands still in use for 100 years. If you are looking for Wrigley Field parking tips before your next visit, you can check out that link.