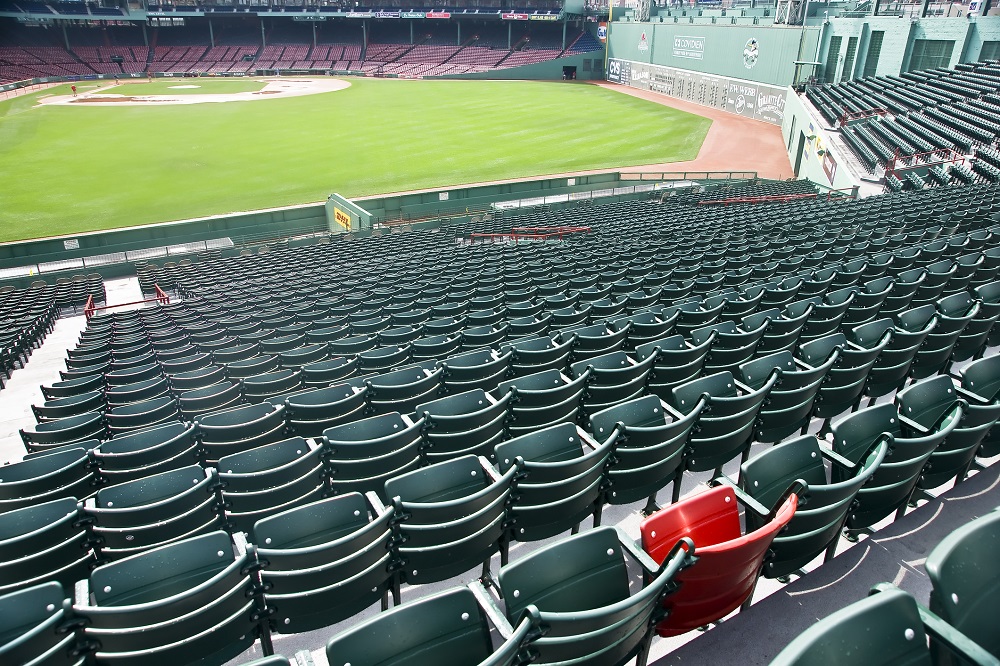 The Red Seat and the Longest Home Run

The Boston Red Sox keep their history present for everyone to see out in the right field with the Red Seat. Section 42, Row 37, and Seat 21 signify the longest homerun ever hit at the ballpark. Ted Williams hit the home run on June 9, 1946, measuring in at 502 feet. Detroit Tigers pitcher, Fred Hutchinson, would go down in Red Sox history as giving up the longest home run.

The Story Behind the Longest Homerun in 1946

As legend puts it, Ted Williams hit the home run to deep right field and struck Joe Boucher who was sleeping during the game. Joseph A. Boucher, who was a construction engineer from Albany New York, had the ball penetrate his straw hat and could not believe how far the ball went. According to the Boston Globe, Joe Boucher’s quote was, “How far away must one sit to be safe in this park?”

Interestingly enough, the Boston Red Sox did not paint this seat red until 1984.

New England sports fans will insist that Ted Williams hit the home run to that exact spot. While it may be hard to prove otherwise, Red Sox Fans will keep this as the truth. However, there was no video evidence of this event as well, so this continues to be up for debate.

According to hitters in the MLB, there is doubt if the ball went that far. Mo Vaugh, David Ortiz, and even Ken Griffey Jr could never get close to that red seat. Considering that the steroid era had players hitting the ball further than ever, nobody came close to that seat. Not even in the Home Run Derby in 1999 at the ballpark did anyone get near that seat.

Researcher Bill Jenkinson found evidence that Babe Ruth had a homerun travel further than Ted Williams. The estimated moonshot by Babe Ruth was 545 feet from home plate. Babe Ruth was on the New York Yankees at that time, so people seem to forget.

In 2001, Manny Ramirez struck a light tower over the Green Monster with a home run, but official estimates put that one foot less than Ted’s. The measurement of Manny Ramirez’s home run came in at 501 feet, so that did not pass Ted Williams. In 2019, Rowdy Tellez of the Blue Jays hit a home run that was at 505 feet but then measured at 433 feet. The furthest home run that the slugger, David Ortiz, hit at the ballpark was 482 feet to put that in perspective.

Conclusion on the Lone Red Seat

If you are visiting Massachusetts and plan to baseball game, you should take a tour of Fenway. During the trip, you will also get a clear shot of the red seat from the upper deck. No matter if you sit the green monster in left field, the grandstands, pesky pole, or somewhere else, you will see the red seat in the bleachers. Catching a game at Fenway is truly magical with the World Series banners on Yawkey Way and food on Lansdowne street before a match.

If you are looking for Fenway Park parking tips, you can visit that link. Curious as to why the name is Fenway Park, check out that link as well.