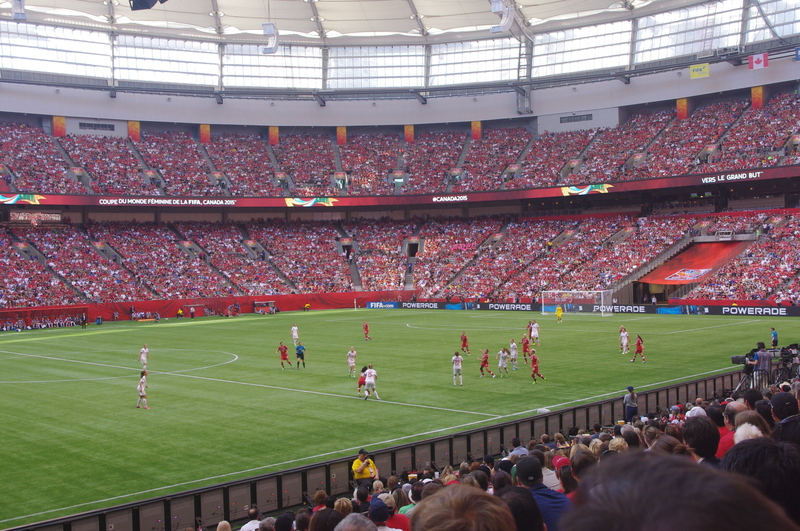 In soccer and association football, the field of play is often called a pitch. This naming convention is almost as old as the sport itself, which means that very few fans know its history. Here are the basics of why a soccer field is called a pitch and what sets it apart from other playing fields.

Why is a Soccer Field Called a Pitch? 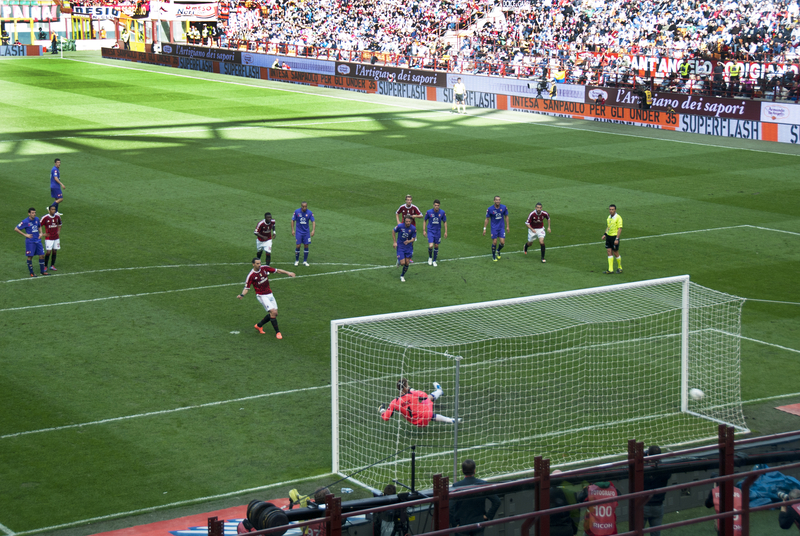 When soccer first became popular as a sport in England in the 1800s, there weren’t fields or facilities specialized for hosting a game. As a result, athletes started playing the game on cricket fields since cricket was much more popular. The playing area for cricket is called “pitch”.

The pitch is a small strip of clay or dirt in the spot where three poles are placed in the ground, called stumps. Around this area, there’s usually a large, round, grassy outfield. The “pitch” got its name because, before every game, cricket players had to “pitch the stumps” to set up the playing area. Eventually, “pitching the stumps” got shortened to “pitch.” 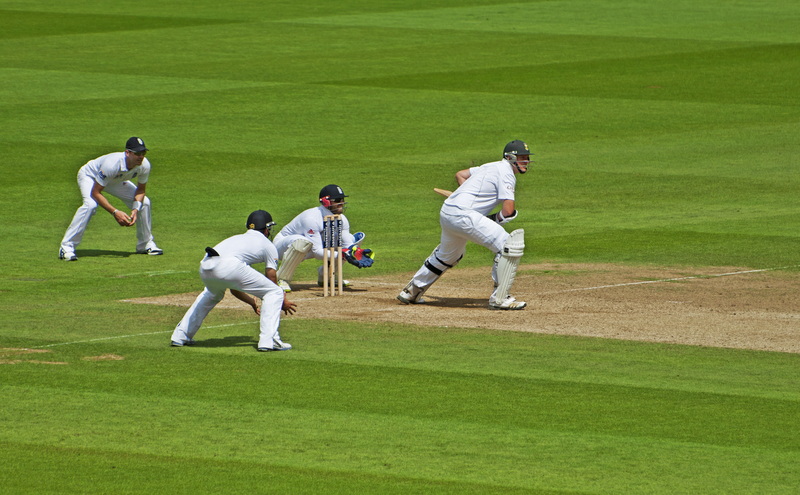 Cricket fields often have inconsistent sizes. However, they all tend to be circular, with a diameter of at least 150 yards. This size is perfect for hosting a soccer match.

In the 1900s, when soccer and association football became more popular, designated playing areas were set up for playing soccer. When the sport moved to its own playing locations, the name soccer pitch stuck. To this day, it’s still common to hear the term soccer “pitch,” although the term “soccer field” is popular in North America.

What is the Difference Between a Soccer Field and a Soccer Pitch? 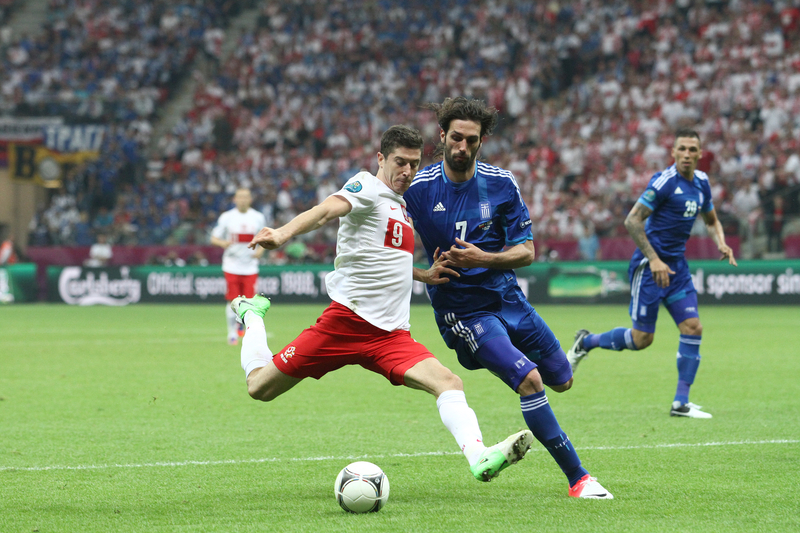 North American soccer fans and players are more likely to use “soccer field” instead of “soccer pitch.” Using the phrase soccer field instead of pitch is because, in North America, soccer games don’t always occur at a soccer only stadium. Instead, it’s often played on multi-use fields or athletic facilities.

In the U.S., you will see teams like the Seattle Sounder F.C. play at Lumen Field, which is home to the NFL Seattle Seahawks team. These multi-use facilities restrict the size of gridiron football fields, which are 120 yards long and approximately 53 yards wide, including the end zones. However, as the game becomes more popular in the U.S, you will see more teams get their own facility. 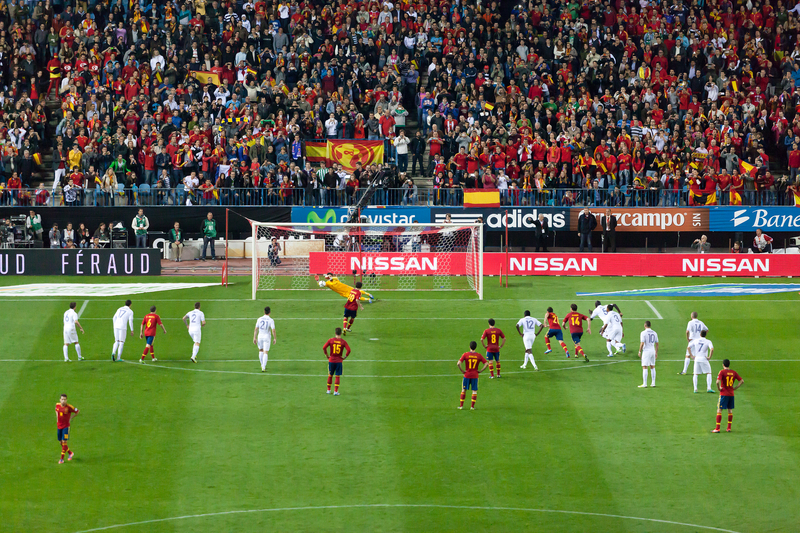 True soccer pitches tend to be larger than American football fields in width and length. Multi-purpose training areas may not have mandatory markers on the playing surface necessary for association play as defined by the Laws of the Game. These markers include lines denoting the penalty area, goal area, and penalty spot.

Sometimes, teams will use cones or markers to indicate the corner flags or penalty marks during games on shared surfaces.

What is the Size of a Soccer Pitch? 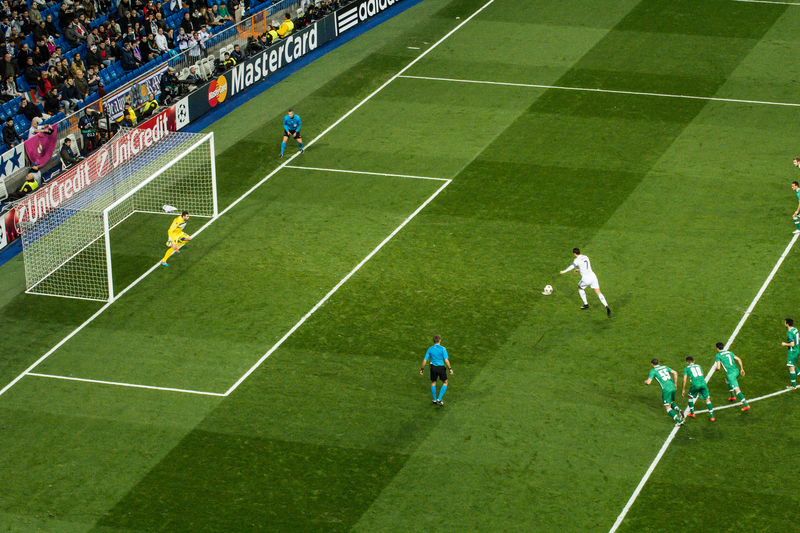 Both FIFA and the IFAB establish clear rules regarding how big a soccer field should be. Soccer pitches should be between 50 and 100 yards wide, 100 to 130 yards long, and have a halfway line that intersects the center circle, denoting the midfield dot location. The boundaries of the field, and each end of the midline, are usually denoted by flags so that they’re easy for fans and soccer players to see. 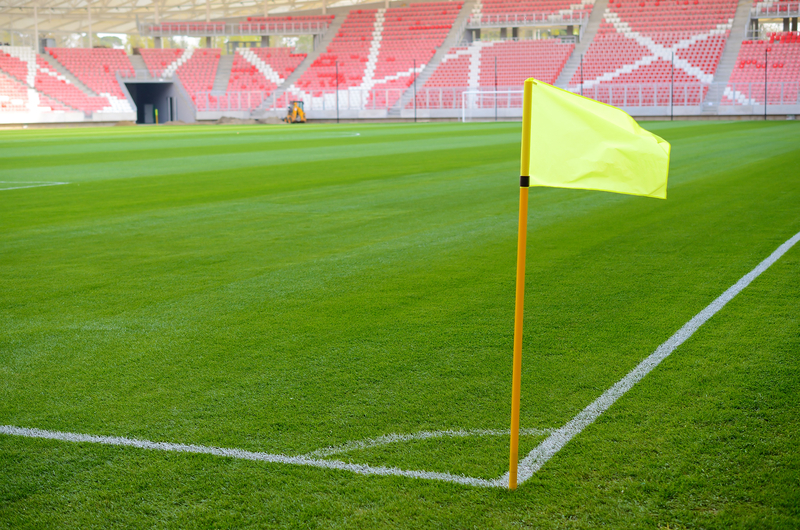 The boundaries that run lengthwise along the field are touchlines. The boundaries capping the short side of the field are the goal lines. Soccer rules also mandate corner arches, where players take corner kicks from during a game. There’s also the penalty area and goal area.

Soccer pitches can either be natural grass or artificial surfaces. Different pitches make using multi-purpose fields like soccer easy since many gridiron fields use artificial turf for playing surfaces.

Can the Soccer Location Change for a Match? 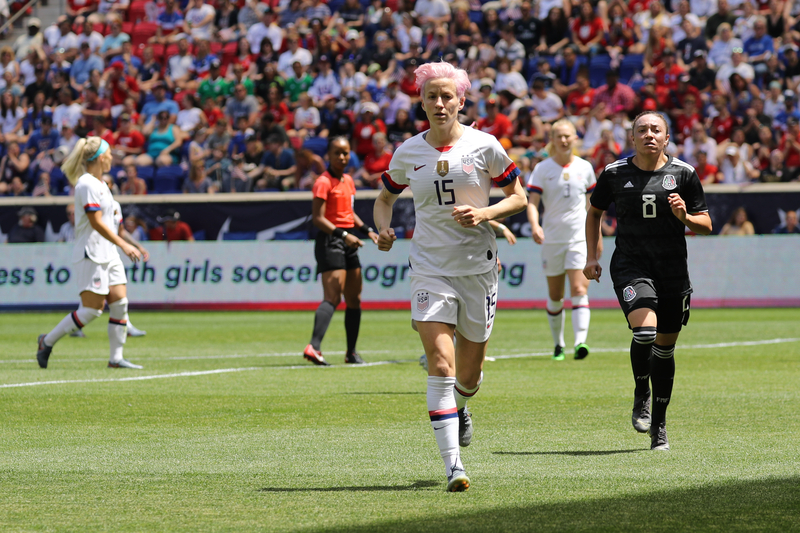 During the 2003 FIFA Women’s World Cup, the United States became an emergency host after China lost its bid due to the SARS epidemic. Since the Laws of the Game are flexible on the size and playing surface used in international games, the new host used many famous gridiron football stadiums as soccer fields. Some well-known locations were Gillette Stadium and Lincoln Financial Field.

Conclusion: What is a Pitch in Soccer?

Association football, or soccer, is one of the unique sports where the playing surface has different names. Depending on who you are talking to, they will call the playing field a pitch or field. While calling a soccer pitch a “field” isn’t incorrect, a pitch is more specific and recognized by the governing bodies of the sport.

As the sport of soccer grows within the U.S, you will see more teams get their own stadium. Getting your own stadium can help show a city’s commitment to their soccer team, improving fan loyalty.