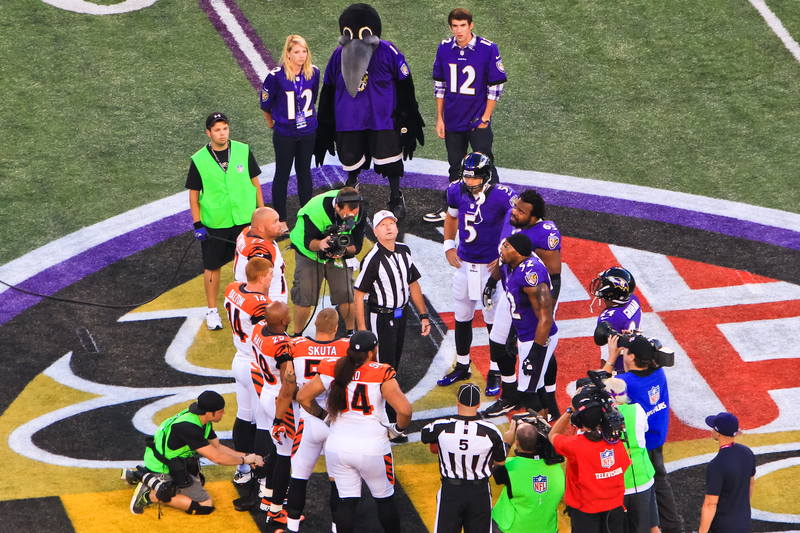 A coin toss in the NFL is when referees flip a coin in front of both teams to help determine who will get the ball to begin the game. This event occurs at the beginning of every NFL, college, and high school football game. In the NFL, a separate coin toss takes place if a game is to go to overtime. That coin toss would follow the same procedures as the one that started the game.

How Does a Coin Toss Work in Football? 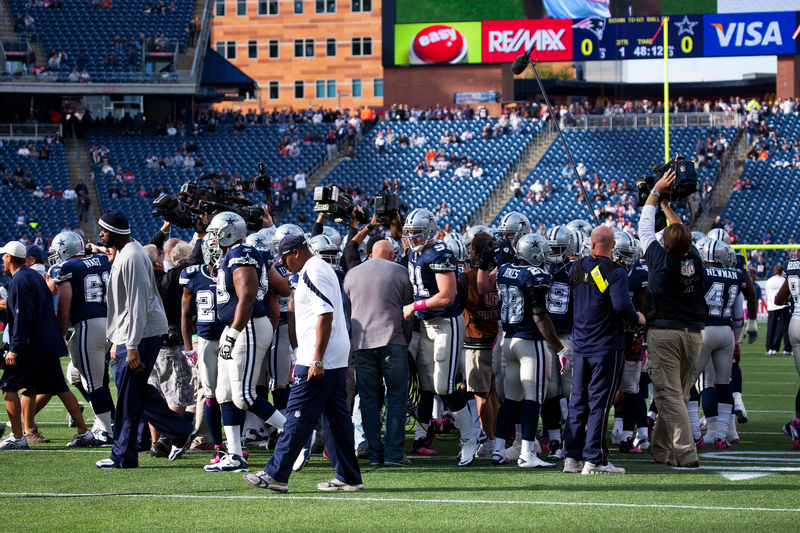 At the beginning of every NFL game, both teams will send their team captains to the 50-yard line, where an umpire will explain the procedure to both teams and show them the coin they will use, clearly defining which side is the head and which side is tails. The umpire will then toss the coin in the air, and the winning team can decide whether to kick or receive the ball, defer their decision, or pick which goal they would rather defend.

What Team Calls the Coin Toss? 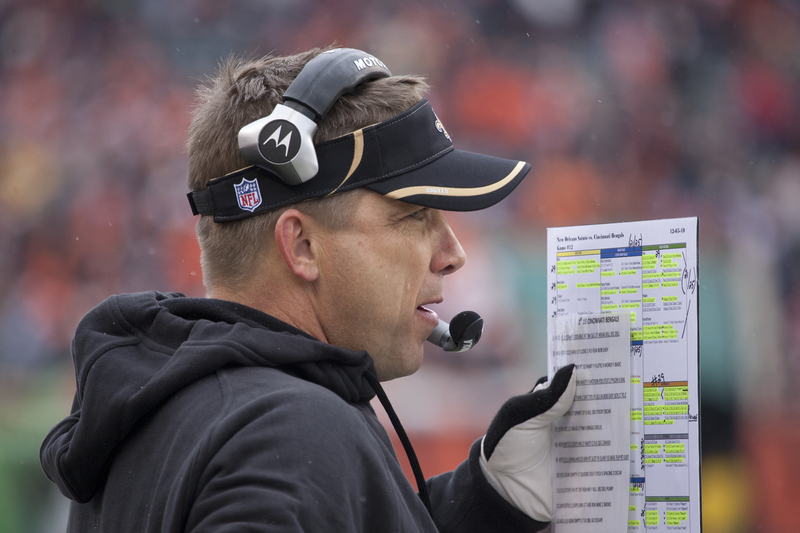 The visiting team captain is the one who calls either heads or tails before the referee flips the coin. The referee will show the captain both sides of the coin and wait to hear their answer before flipping the coin to see which side wins the coin toss.

Why Do Some Football Teams Defer the Coin Toss? 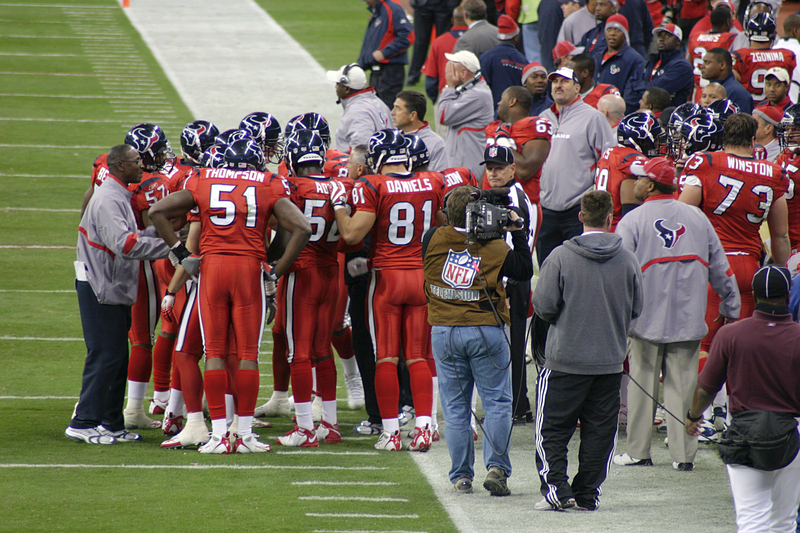 The New England Patriots are notorious for deferring their coin toss, choosing to do so 90% of the time. Their strategy for deferring to receive the ball in the first quarter is two things. First, they want to have possession of the ball at the end of the first half and score. Next, they want to take that momentum of scoring at the end of the second quarter and score again on their next drive.

Does the Team That Wins the Coin Toss Usually Win the Game? 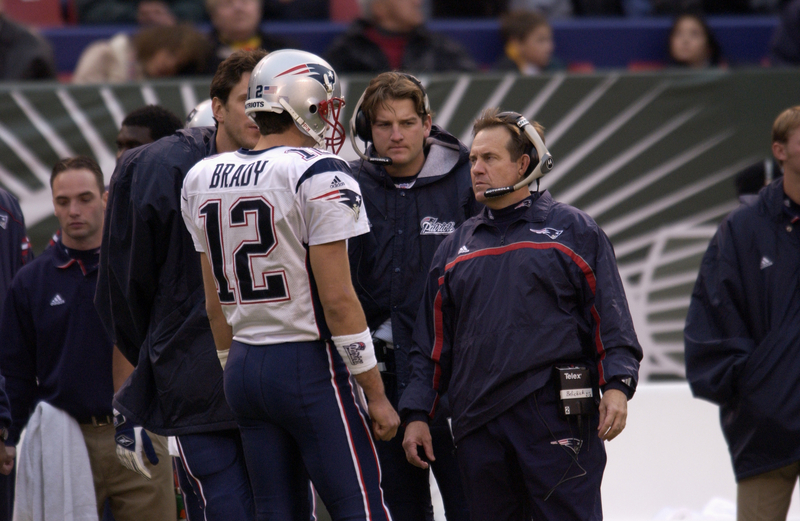 The initial coin toss at the beginning of a regular season game doesn’t do much more than determining which team will get possession of the ball to begin a game. There is no evidence to suggest a team who wins that coin toss has any better chance of winning the game. Winning and electing to receive the ball could give a team a chance to set the tone for the game, but with four quarters to follow the kickoff, the game tone is bound to go back and forth.

Does the Coin Toss Matter More in Overtime? 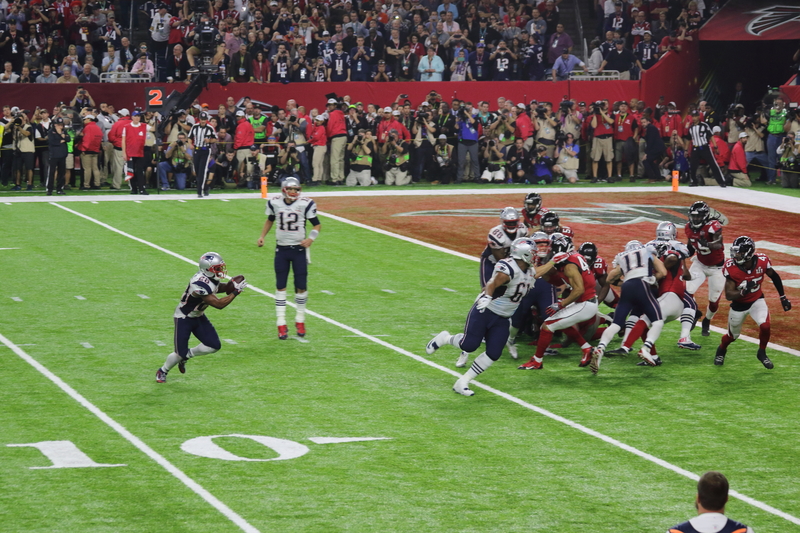 However, a coin toss win during overtime becomes much more critical than during a regular four-quarter game. The NFL rules for the regular season overtime state that the game is over if the team that receives the ball first scores a touchdown on their first possession. This rule used to apply to the playoffs, but a recent rule change made it to where both sides get possession of the ball regardless.

Conclusion: What is a Coin Toss in Football?

The coin toss in football is a moment at the start of the game to help determine possession. The away team decides on heads or tail; if they win, they get to decide whether to kick, receive the ball, which endzone to defend, or defer their decision. If they defer, the winning team is delaying their decision essentially until the second half, and the other team will decide whether to receive or kick the ball. Even though it does not directly affect who wins the game, NFL teams are precise in what decision they choose to make. A coach will often tell their captain what decision to make before they make their way onto the field.

The coin toss has become an irreplaceable moment in American football. It has even taken a life of its own in the Super Bowl. The Super Bowl coin toss is a moment filled with much fanfare; usually, a special guest tosses the coin. Also, during Super Bowl parties, fans tend to bet which side of the coin toss will win. Since there are many things for fans to bet on during this game, why not also bet on the coin toss?

Any football fan knows that the coin toss is a sign of football to come. Every fan wants their team to win the flip and receive the ball. That moment fills the stadium with joy, excitement, and anticipation. Also, when your team wins the coin flip, especially during overtime, it can help set the tone for the match.