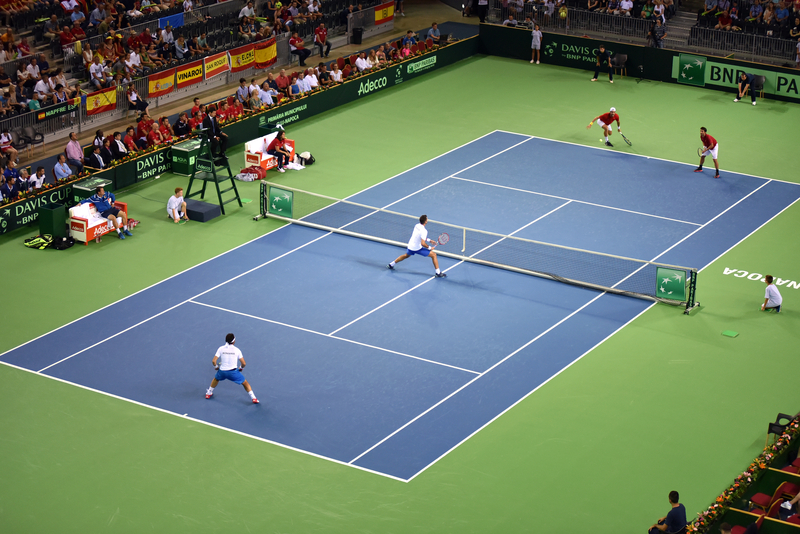 A doubles match in tennis is when a two-person team faces off against another two-person team, with one player aligned toward the baseline while the other player is closer to the net. Within the doubles division is a subgroup called mixed doubles, and these are doubles matches where the two-person team is both a female and a male playing against another female and male group. There are many tennis divisions players can choose to participate in, and some choose to remain in one division, while others may mix and match.

So, how are the rule different between singles and doubles in tennis? Is there a deuce in doubles matches? How does scoring work during a doubles game? What are some strategy tips to consider when playing with a partner during a tennis game?

Below we will discuss more about doubles in tennis!

How are the Rules Different Between Singles and Doubles Tennis? 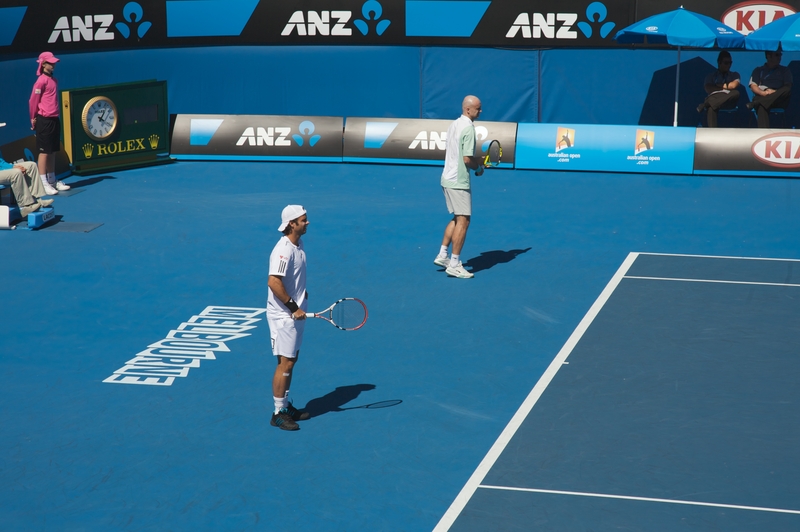 One of the first differences between singles and doubles matches is a wider court is in use for the game. In a doubles match, they use a section of the court called the alley or the doubles sideline. In terms of exact measurements, a single court will be 27 feet wide, while a double court will be 36.

Per USTA rules of tennis, during a doubles match, if a server hits their partner, that is considered a fault, and if the ball hits the receiver before it has a chance to bounce, then they are awarded the point.

Regarding the serving order, one player will serve at the beginning of the set, then alternate through the set where the opposing team will serve the second set, and your teammate will serve in the third game. After that, the rotation continues until the next set, where there can be a change in order. Also, on the right deuce court, either player on the receiving team is allowed to receive the first ball, but the choice is up to the receiving team, and that person receives the ball until a new set.

Is There Deuce in Doubles Tennis? 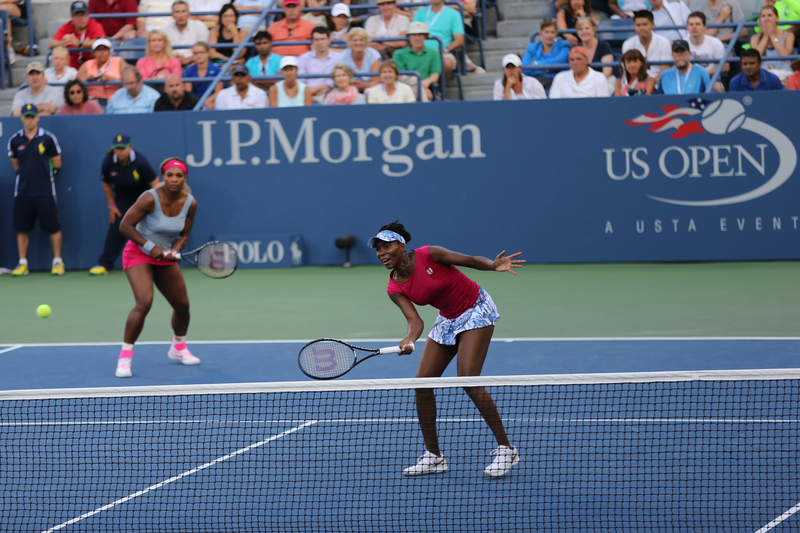 In doubles tennis, there are no deuces as these matches operate on a no-ad scoring system. A no-ad scoring system means both sides will continue to play until one side scores four points. So, if a tie does occur in these games, it’s considered a sudden death moment where whoever wins the next point will win the game. The unique thing about this sudden death moment is that the receiving team can decide which side of the court they want to use.

How Does Scoring Work in Tennis Doubles? 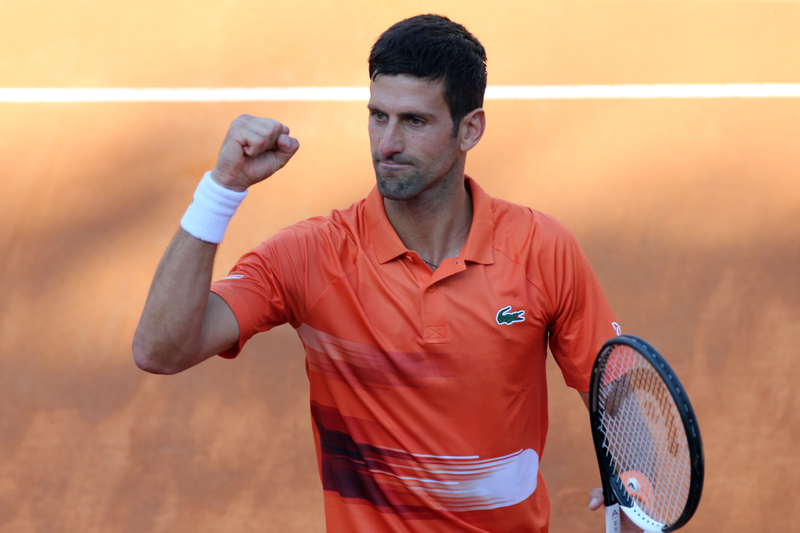 In regard to the scoring system in tennis doubles, they operate the same as in a singles match. Each team’s goal is to score four points to win the game. A tennis match on a doubles court plays up to six games. Both sides will play two more games if they both win five games. If the score remains tied after those two games, they will play a tiebreaker, but the goal is still to win by two games if possible.

Overall, the teams will play the best two out of three sets. On a grand Slam tournament, it may rise to three out of five, but typically it is two out of three. However, in the two out of three formats, the third set comes with a ten-point tiebreaker, where one team will serve the first point, and the serving team alternates every two points until the conclusion of the tiebreaker. To win, the team needs to win by two points.

Is Doubles Tennis Harder than Singles? 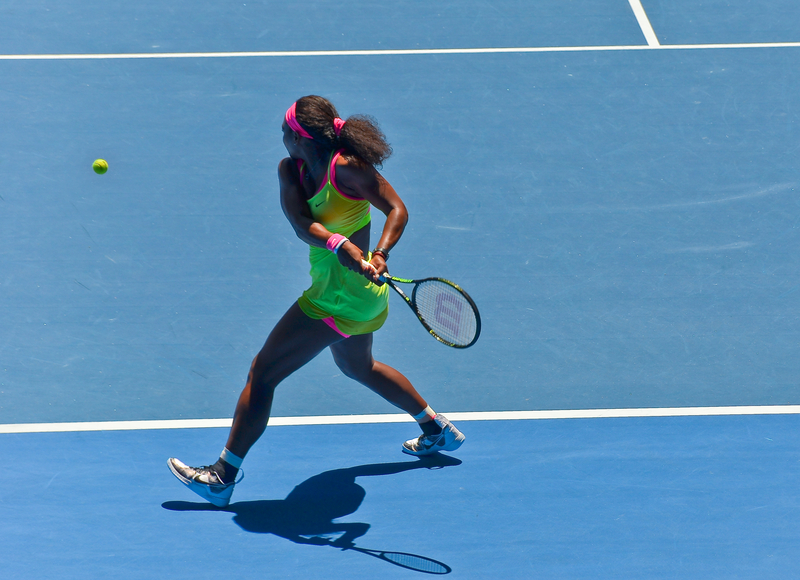 Some argue that playing singles tennis is more challenging than a doubles match. However, it does come down to preference for each tennis player and what works best for them. Still, they all come with their sets of challenges and thus require different strategies on how to win, especially since you will coordinate with a separate person.

What is Some Way to Play Doubles Tennis Effectively / Tennis Doubles Strategy? 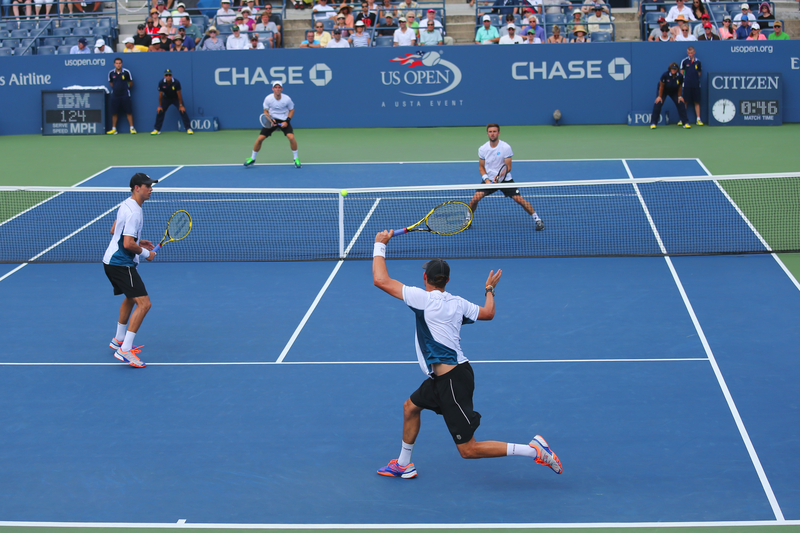 Some doubles teams consist of singles players who typically only have to focus on their own movements. Letting your partner know where you are or if you can reach the tennis ball before they make a move can help to avoid moments of confusion or running into each other. Coordination is critical between teammates to let them know where you are playing on the court.

Another tip would be to focus on lobs. Hitting a lob, especially if done on the first serve return, can often push the opposing team back and allow you to rush the net and score an easy point.

The final tip is in regards to the net player. The net player should make a concerted effort to aim for the opponent’s feet. This strategy can best take place when the net player receives a volley. High volleys are more accessible to hit than low volleys, and the lower and closer the net player is to the net, the softer and harder they can aim.

Who Has the Most Doubles Wins in their Career?

For Women’s tennis. Martina Navratilova has the most number of Grand Slams with 31. In second place is Louise Brough Clapp with 21, and in third place is Margaret Osborne duPont with 21 as well.

Conclusion: How Does Doubles Tennis Work?

Doubles matches often do not get the same appreciation as singles matches, even though some can possess the best singles players who may be using these games as a warm-up or for their enjoyment. Typically, though, it is a division filled with beginners hoping to break into the singles division.

Nonetheless, in professional tennis or any tennis court, there is no such thing as an easy division. each division is challenging and requires particular skills to succeed. There have been doubles players or doubles partners in tennis history with the same level of recognition as singles players because they spent their entire careers dedicated to the division. Doubles matches are exciting and often have the same level of drama and action as singles matches, which is why they have been slowly growing in popularity.

Finally, there is no difference during a doubles match in tennis via scoring. However, the primary difference besides having more people on the court is that the playing area is more extended than during a singles match.